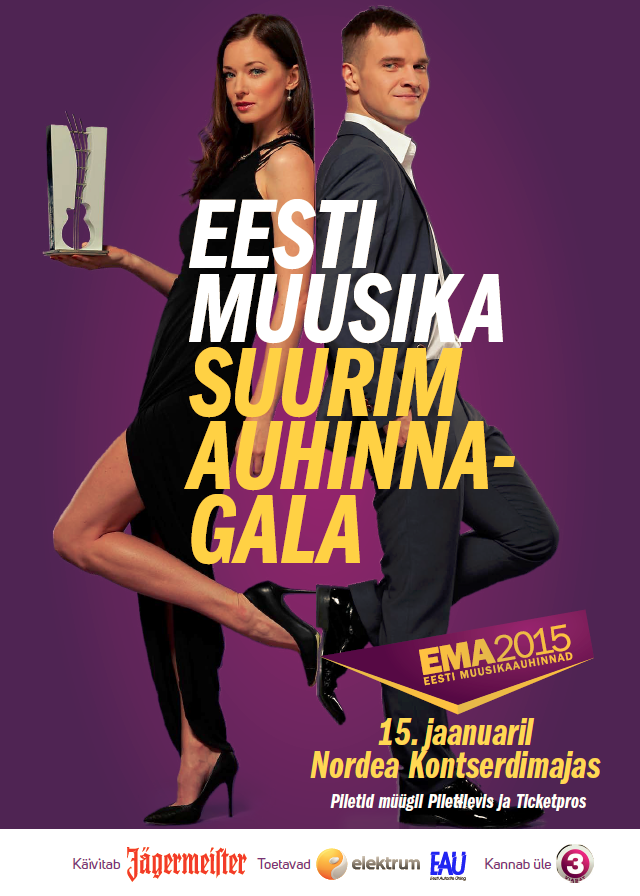 On 15th of January this years 'Eesti Muusikaauhinnad 2015' (Estonian Music Awards, EMA) will take place in Estonia. For the first time she show will have a live orchestra. Host of the show is Ott Lepland, who represented Estonia at the Eurovision Song Contest 2012 in Baku with his emotional song called 'Kuula'. He will host EMA 2015 together with Ines.


Already announced show acts for the evening are Ewert & The Two Dragons and Tanja. Power woman Tanja won last year 'Eesti Laul 2014' with her song 'Amazing' and represented Estonia in Copenhagen at the Eurovision Song Contest.


"I had a very eventful year.." said Taja. "I performed on the biggest stage in my life, the Eurovision stage as I represented Estonia 2014 at the Eurovision Song Contest in Copenhagen. I sung along with the maestro Andrea Bocelli, I shot my first two music videos and I participated as a judge in the show 'Su nägu kõlab tuttavalt' (You Face Sounds Familiar)" she continued.

Well.. who knows, maye she will be one of the winners of this evening in one of the 17 categories..

Find out more about Ott Lepland and follow him: