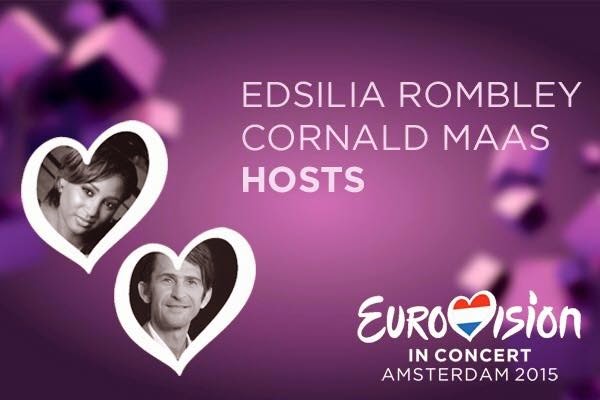 The team of Eurovision in Concert announced yesterday the second host for this years EiC, which will take place on 18th of April 2015 in Amsterdam. Cornald Maas, who already was one of the hosts in 2014, was already confirmed. Yesterday evening BIG NEWS were confirmed. Female host for the event will be the one and only Edsilia Rombley!

Edsilia already represented twice the Netherlands at the Eurovision Song Contest. Once in 1989 with the song 'Hemel en aarde' and in 2007 with 'On Top Of The World'. Do you remember her Eurovision entries?


On 28th of November 2014 released Edsilia her latest album 'The Piano Ballads - Vol. 1', which includes 10 tracks. Have you already listened the album?


Download the album on iTunes or listen to it on Spotify:

The ticket sale has already started earlier this month and you shouldn't waste your time to order - the tickets are more or less already sold out. Only 100 tickets left!

In April 2014 a record of 25 Eurovision acts from 2014 joined the event and of course it was SOLD OUT! After the concert a lot of the acts celebrated with the Eurovision fans on the official aftershow party till the early morning light...


Find out more about Eurovision in Concert here: