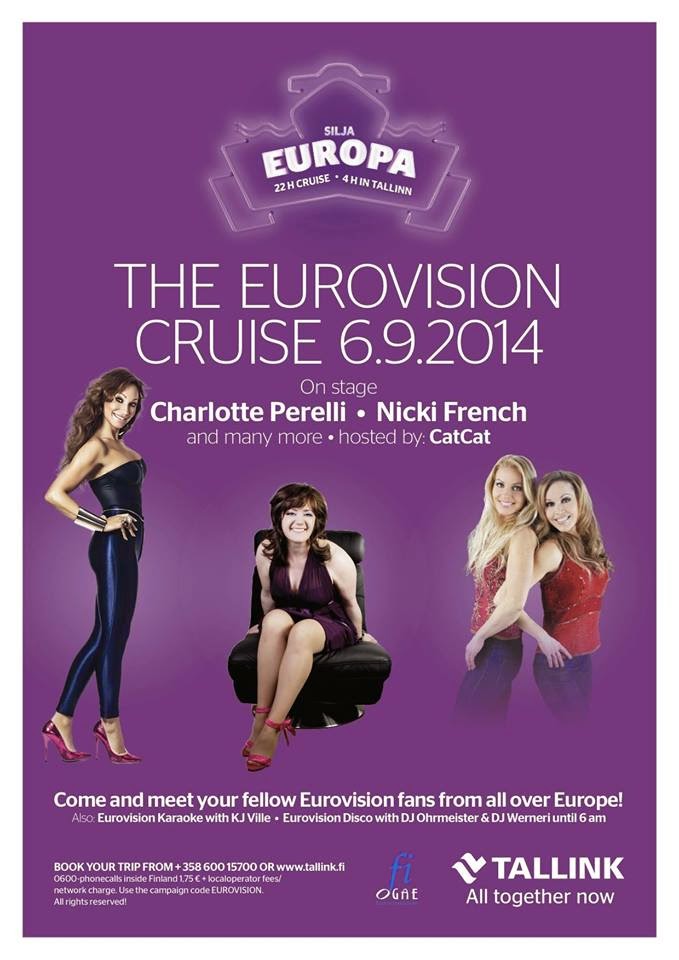 For the fith time OGAE Finland is arranging 'The Eurovision Cruise 2014' in cooperation with Tallink Silja. 2014 is a year to celebrate for Finland - it's the 30th anniversary in Eurovison Song Contest history. This years 'Eurovision Cruise' will take place on 6th of September from Helsinki to Talinn.

Those acts are already confirmed:

The third confirmed act, Hanna Pakarinen, has cancelled the event. But we have good news - this years representatives from Finland will join 'Eurovision Cruise 2014'. Softengine got the highest place for Finland since 2006, as the band Lordi won the competition for Finland with the song 'Hard Rock Hallelujah'. Softengine reached 11th place in the Grand Final on 10th of May in Copenhagen with their song 'Something Better'. These days the guys are very busy. They recorded the video for the next single 'Yellow House', working hard to finish the debut album and they are on tour.

You wanna join the 'Eurovision Cruise 2014'? - Book your tickets here:

Details about how to book you can find here: