Eurovision 2014: Watch the cancelled interval act 'Trip To The Future' 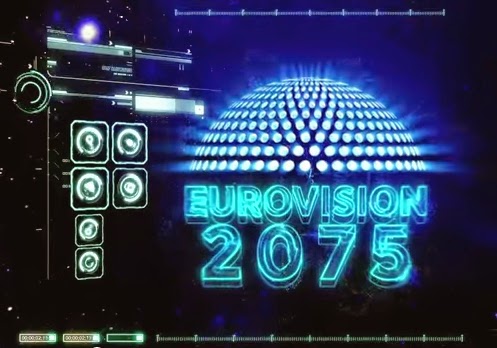 This years Grand Final on 10th of May for the 59th Eurovision Song Contest in Copenhagen was different to the 'Jury Final' which took place one day before. In the Grand Final the interval act was shorter and called 'Joyful'. Momoland was performed to the music of Beethoven's 'Ode To Joy'. The original interval act 'Trip To The Future (Eurovision 2075)' was too long and they decided to cancel it after the jury final.

During the Jury Final the night before the interval act was totally different and the act with “Joyful” was the ending of the act based on #MyEurovisionIdea which was called “Eurovision 2075”. The interval act started with a video of this years host Pilou Asbæk. Pilou welcomed to the Eurovision Song Contest 2075 with all countries in the world participating for the first time. Fice singers participated and fighted for one microphone to sing in. In the end they climbed up five stairs to sing “Joyful”. Only the ending was presented during the Grand Final.

You missed the Jury Final on 9th of May at the B&W Hallerne in Copenhagen? Watch the cancelled interval act here..