ESC 2014: results of the Semifinals 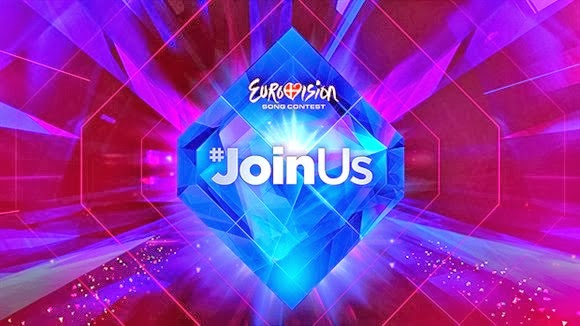 As is it tradition, the final results of the semifinals which were held earlier in the ESC week, always are released after the grand final.

The winner of the first semifinal were The Common Linnets with 'calm after the storm' for The Netherlands ahead of Sweden with Sanna Nielsen and 'undo. Also in the final The Netherlands came ahead of Sweden on 2nd and 3rd behind Conchita Wurst. As following position came Hungary with András Kállay-Saunders and his 'running' (3rd) and Aram MP3 from Armenia and 'Not Alone' (4th). Also in the grand final they came behind The Netherlands and Sweden but changed positions - Armenia came 3rd and Hungary 4th on Saturday. Ukraine and Russia made it to the final on 5th and 6th place. Also in the grand final they achieved positions closed by and in the same order (6th and 7th). Montenegro (Sergej Cetkovic; 'Moj Svjiet') and Iceland (Pollapönk, 'No Prejudice') qualified on 7th and 8th for the final, Azerbaijan on 9th (Dilara Kazimova, 'Start a fire') and San Marino on 10th (Valentina Monetta, 'Maybe'). With just a point differnce Suzy from Portugal with 'Que ter tua' missed the final and came 11th. Estonia and Tanja with 'amazing' made it to the 12th place ahead of Latvia and AArzemnieki with their 'cake to bake' on 13th, Axel Hirsoux who sang 'mother' for Belgium on 14th and Hersi Matmuja with her 'Zemerimi i Nje Nate' for Albania. Cristina Scarlat finished at the end of the semifinal as she performed 'Wild Soul' for Moldova.

See the total result of the 1st semifinal here.

See all songs in recap here:

Winner in the semifinal was Conchita Wurst with 'rise like a phoenix' who also took home the throphy to Austria in the grand final. Ovi and Paula from Romania sang 'Miracle' and finished on the 2nd place in the semifinal, Finland's Softengine took the 3rd place with their 'Something better'. The following position were taken by Switzerland (4th, Sebalter, 'Hunter of stars'), Belarus (5th, Teo, 'Cheescake') and Norway (6th´, Carl Espen, 'Silent Storm'). The second half of the qualifiers for the final starts with Freaky Fortune feat. Riskykidd and 'rise up' from Greece on 7, Poland's Donatan & Cleo with 'My Slowanie' on 8 and 'Coming home' by Firelight from Malta. While Tinkara Kovac from Slovenia came 10th and could qualify with 'Round and Round' were Vilija Mataciunaite from Lithuania with 'attention' eliminated on position 11. Can-Linn feat Kasey with 'Heartbeat' from Irland and Tijana for F.Y.R. Macedonia with 'To the Sky finished the semifinal on 13th and 14th and had to give in the dream to win the Eurovision Song Contest. Also Israel with 'Same heart' from Mei Feingold who came 14th and Georgia with 'three minutes to earth' by The Shin and Mariko on the last position hadn't the chance to sing again on Saturday.

See the total result of the 2nd semifinal here.

See all songs in recap here:

Conclusions on the result compared to the grand final