SPAIN: Impressions from the Press Conference after first dress rehearsal (09.05.2014) 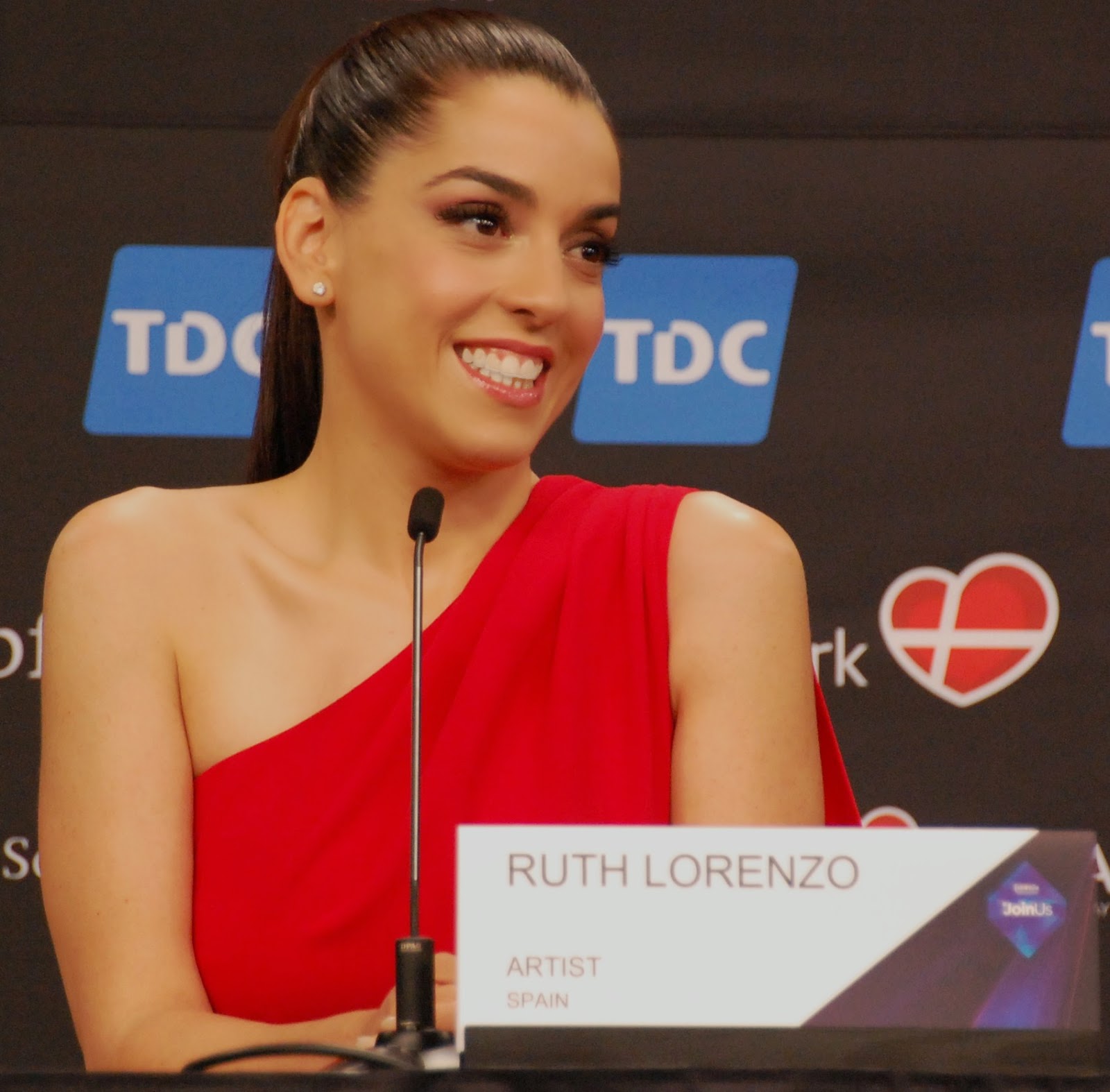 Ruth Lorenzo had her first dress rehearsal on 9th of May. As a matter of fact she changed her dress in the last minute. Now it is a dress which she bought online in Copenhagen. As Spanish newspaper critized her about the dress and to buy in an economical situation such a dress about 2.000 Euro she made clear in the press conference, that the designer lent her the dress and that is was just about 90 British pound to mad some changes on the dress to fit her and if she is winning the designer will give it to her as a gift. On the question, what a good place it would be for Spain to come in the final, she clearly mad a statement: One. She wanted to be honest that she is in this competition to win with her song 'Dancing In The Rain'. The last question was about what she no matter if she herself for Spain or other contestent will win, what is her advice to the winner: Make beauty out of this, bring beauty in the life of people.

Impressions from the Press Conference: 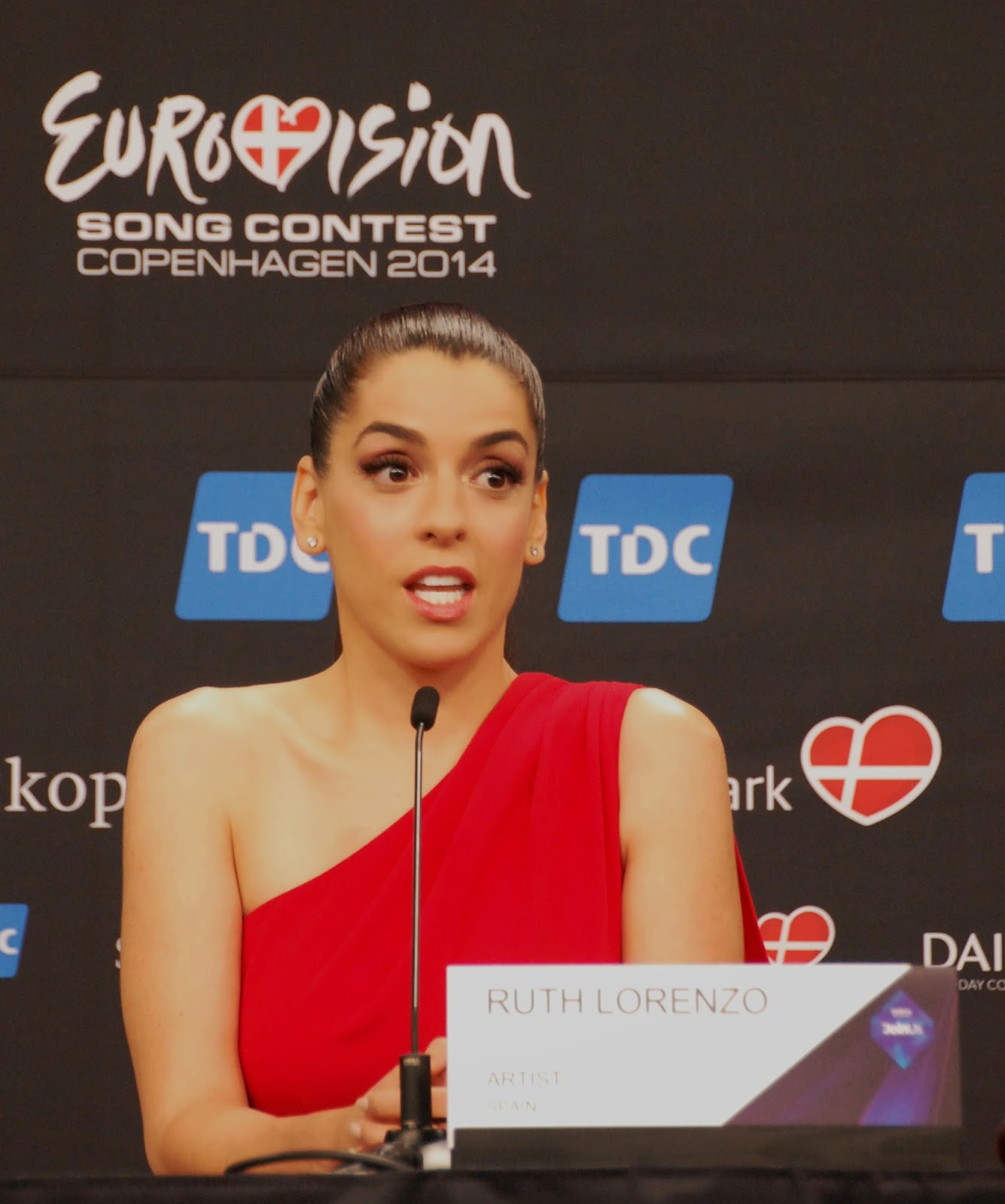 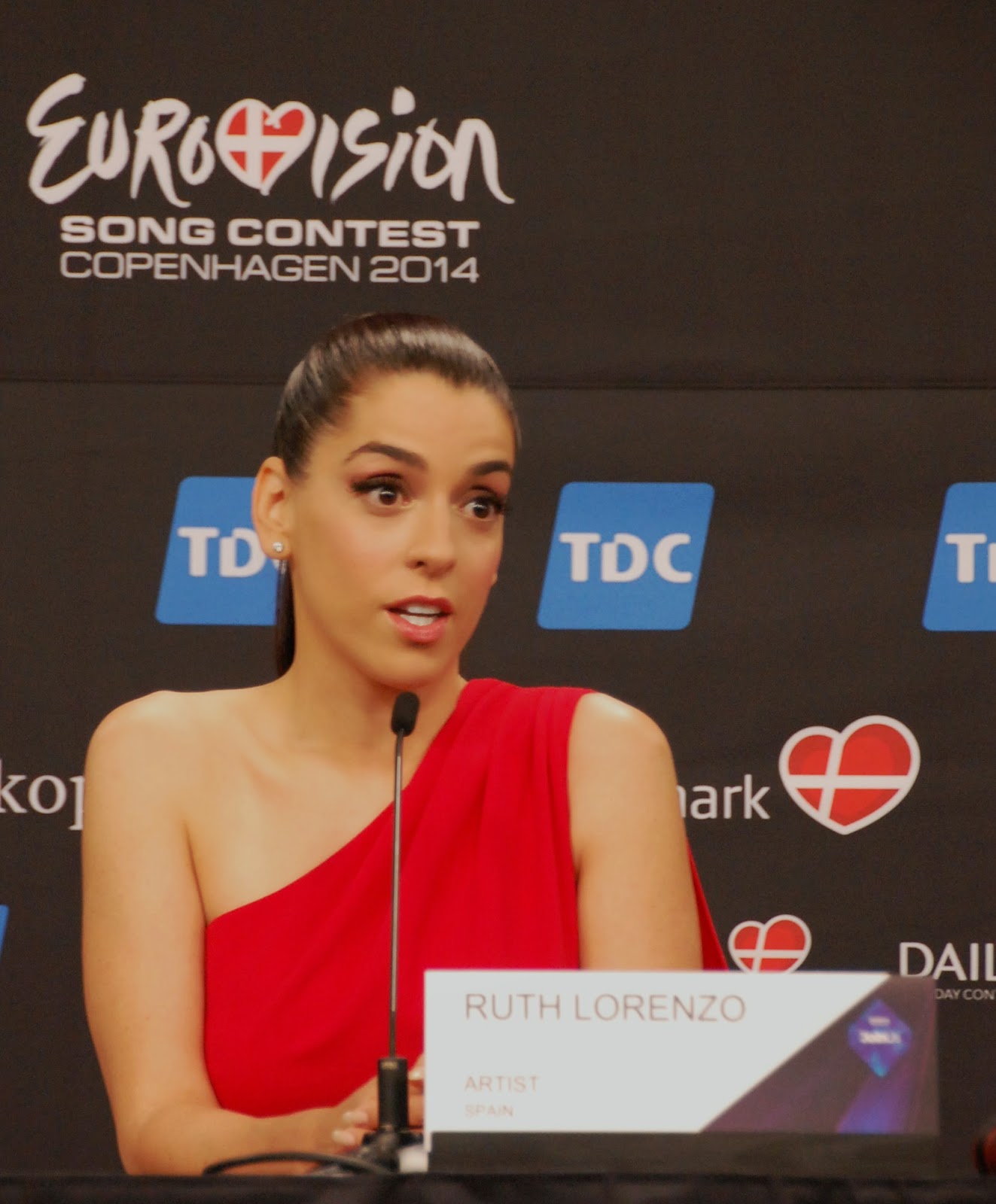 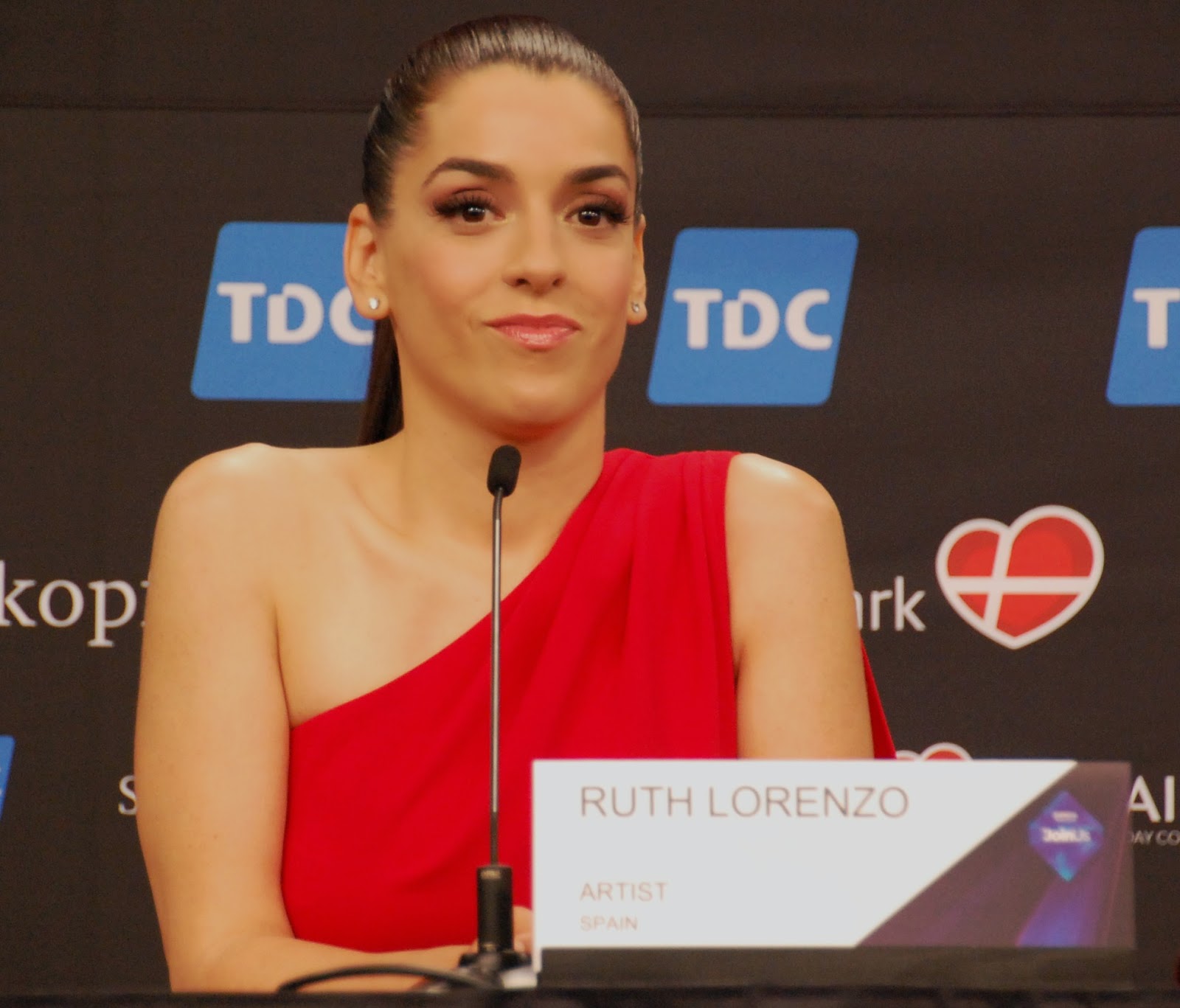 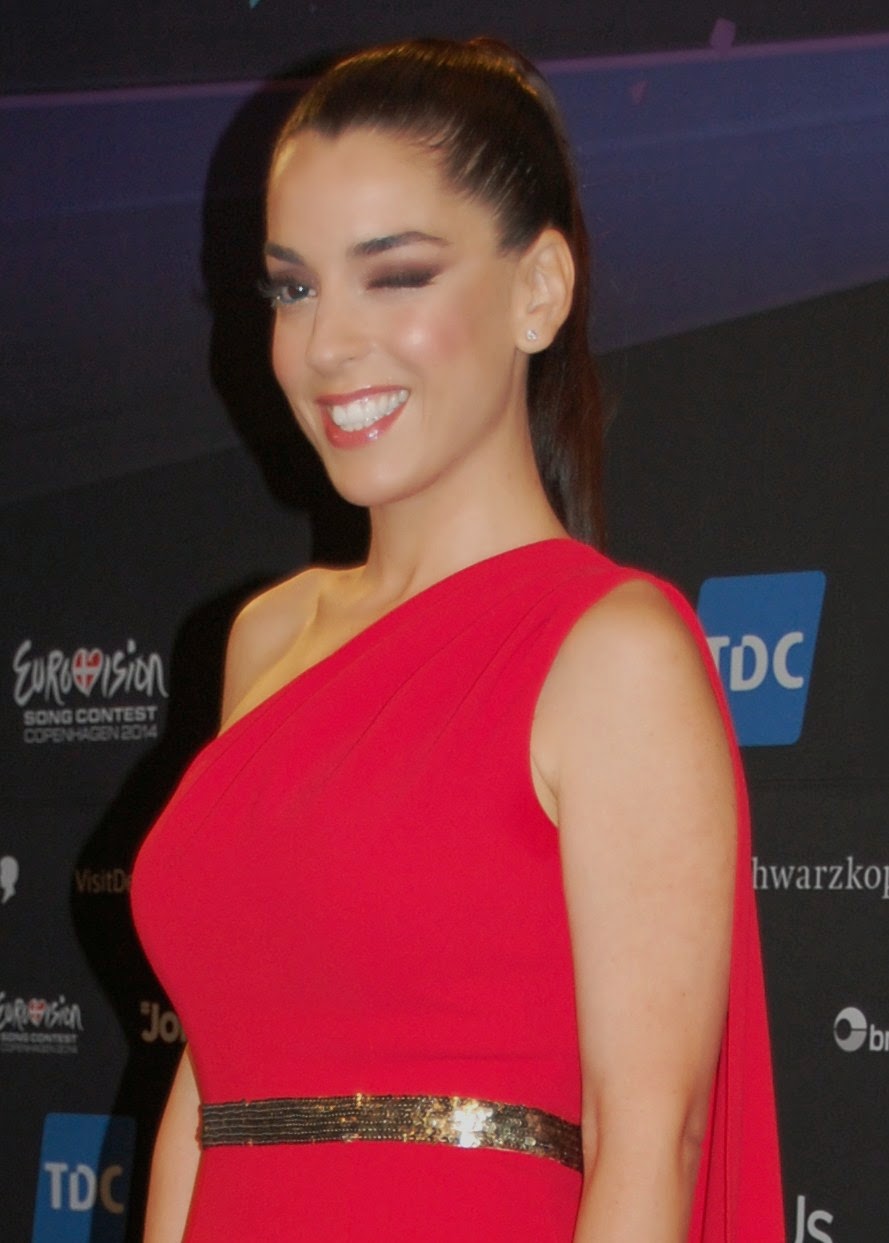