SPAIN/LITHUANIA: Ruth Lorenzo's walking through the city of Copenhagen

On Monday Ruth Lorenzo made some sightseeing or some Shopping in Copenhagen. But as she is famous for her song 'Dancing In The Rain'. Many of her fans recognized her and asked for pictures and signatures. Soon there was a group of people around her. She had fun herself and wanted to have a pictures in return with all the people standing around her.

Members of the Lithuanian delegation who were at the same place to promote the Lithuanian song (You can win a trip to Vilnius) played with a sound system ESC songs on a bicycle. With the Spanish entry of this year 'Dancing In The Rain' they invited Ruth to ride the bike, which she thankful did. 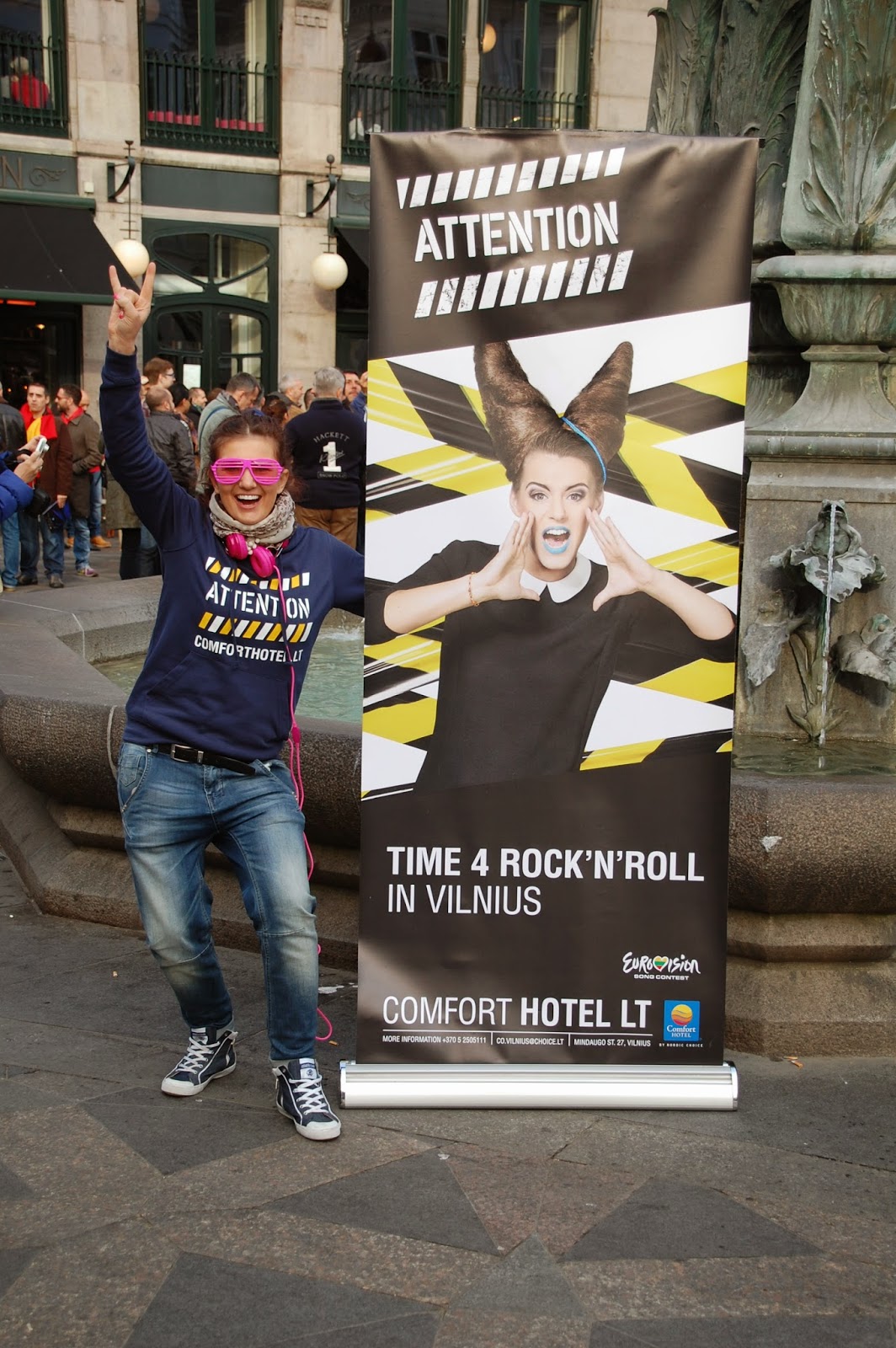 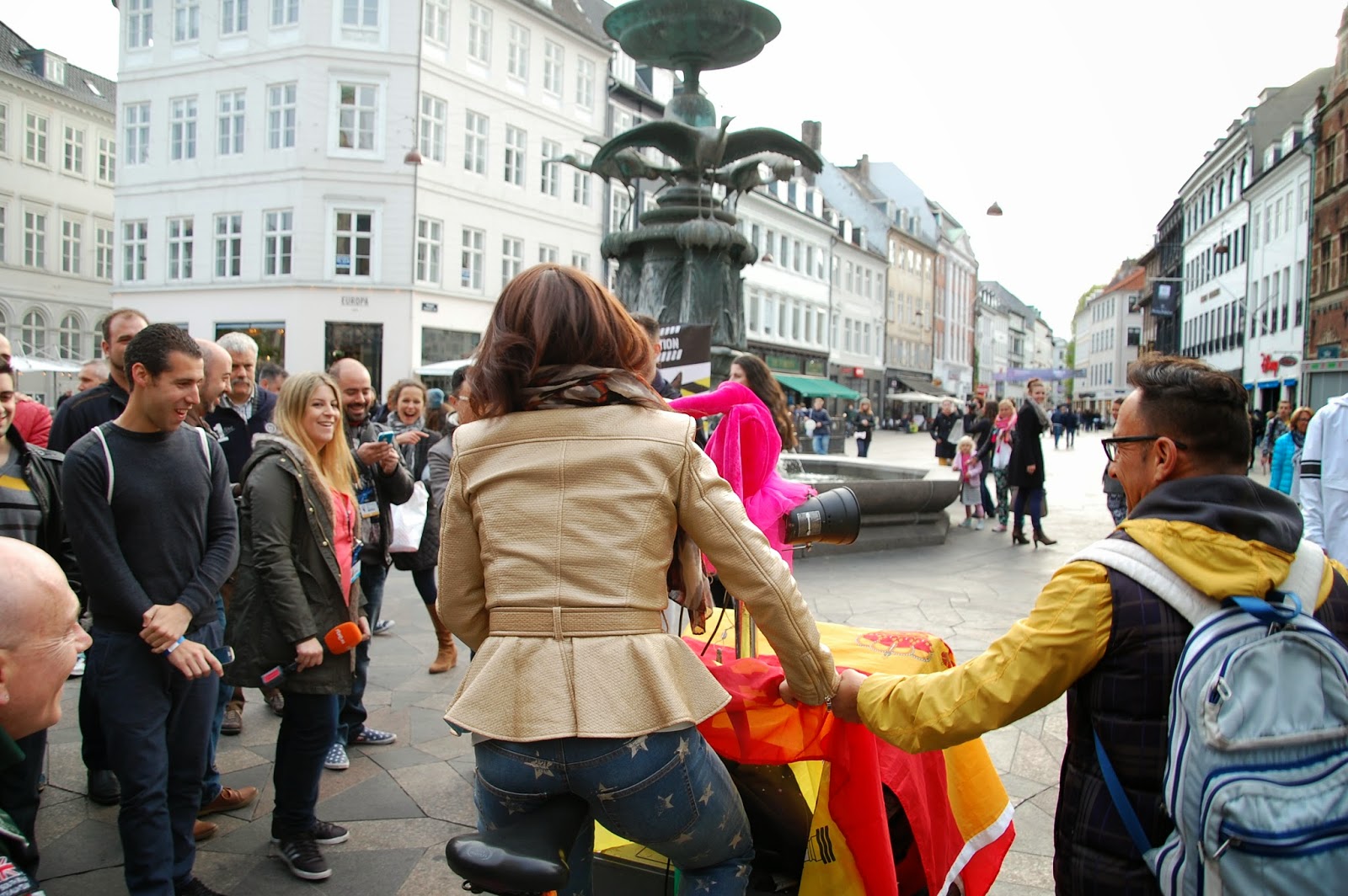 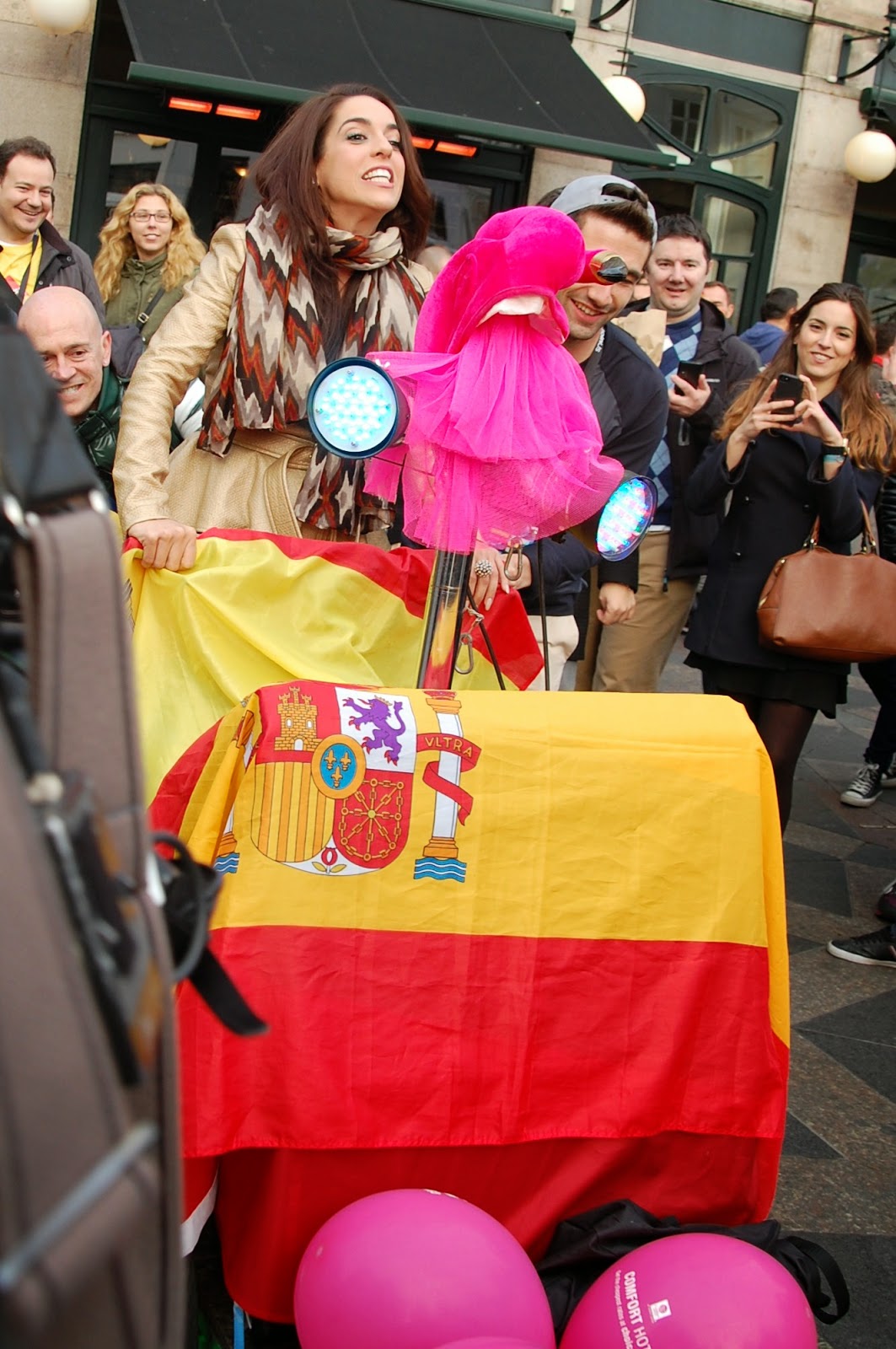 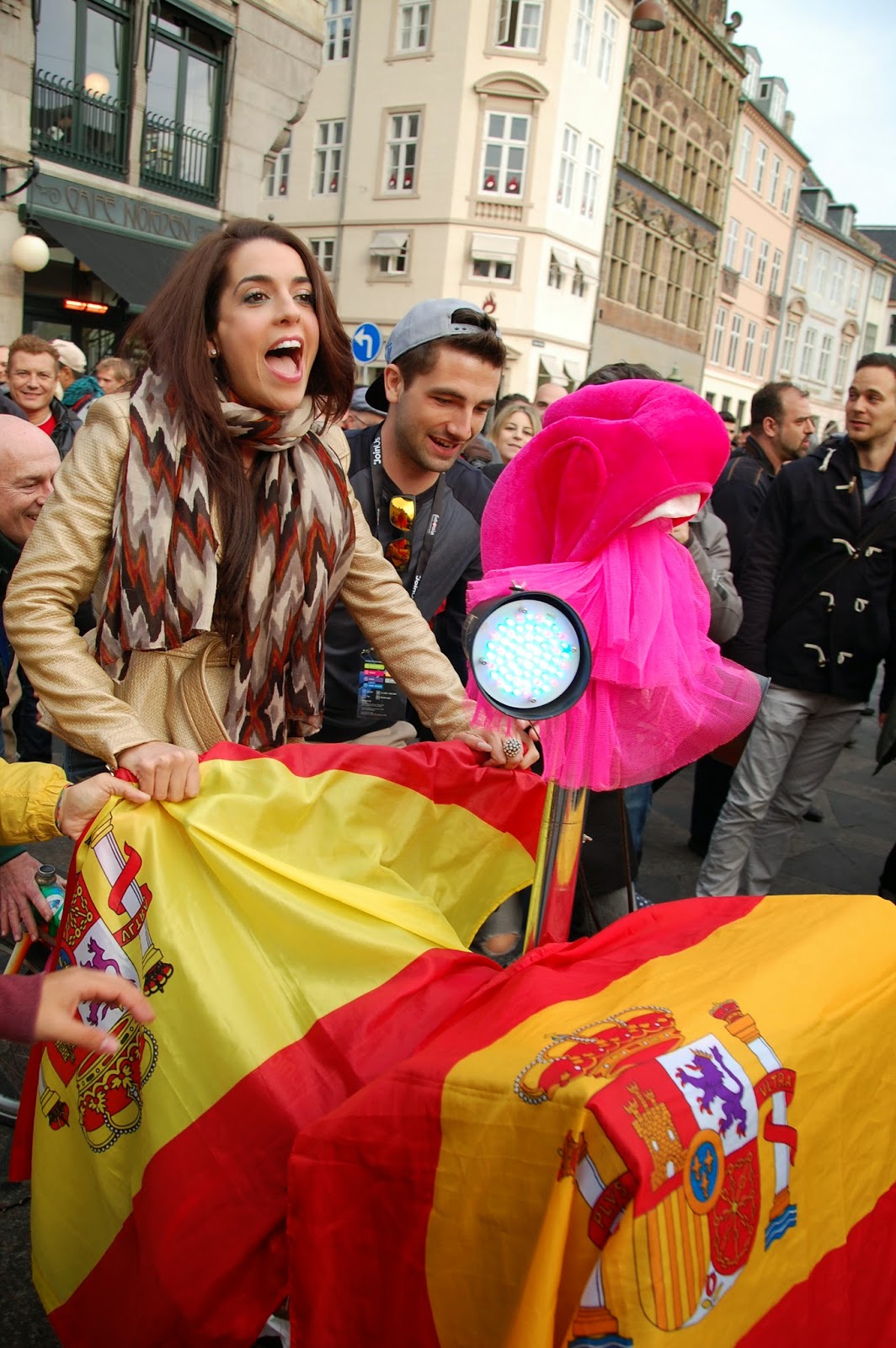 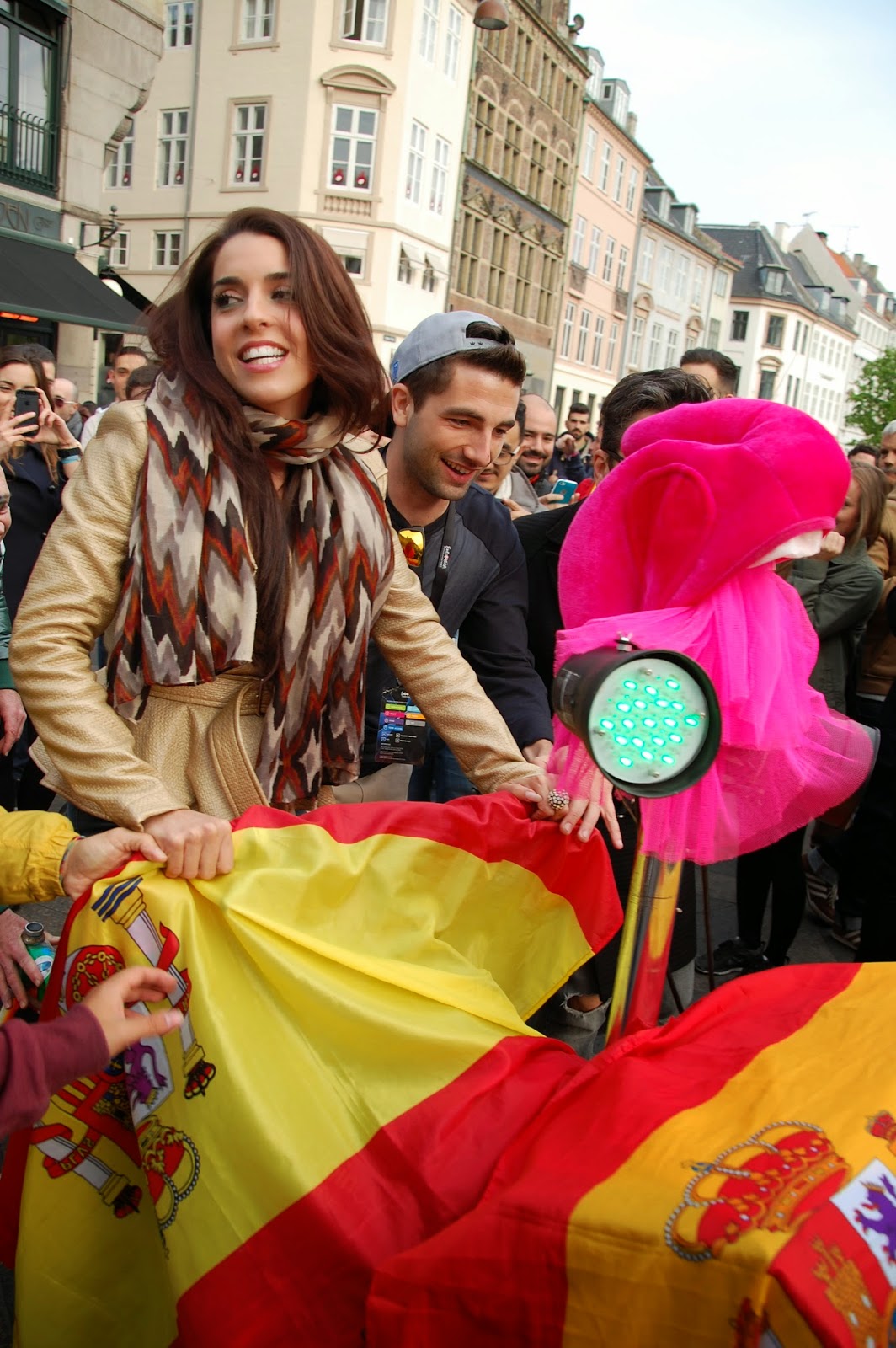 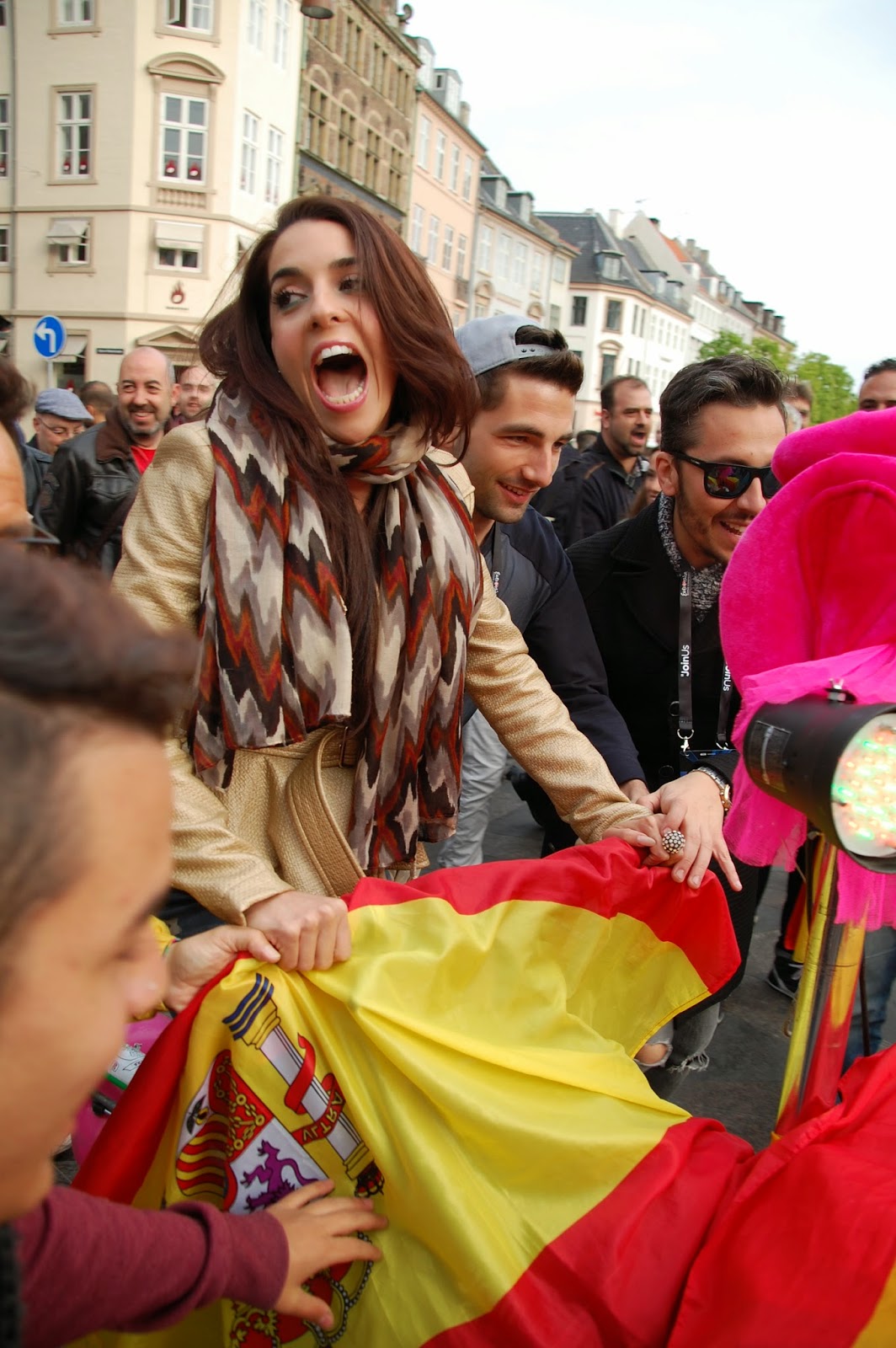 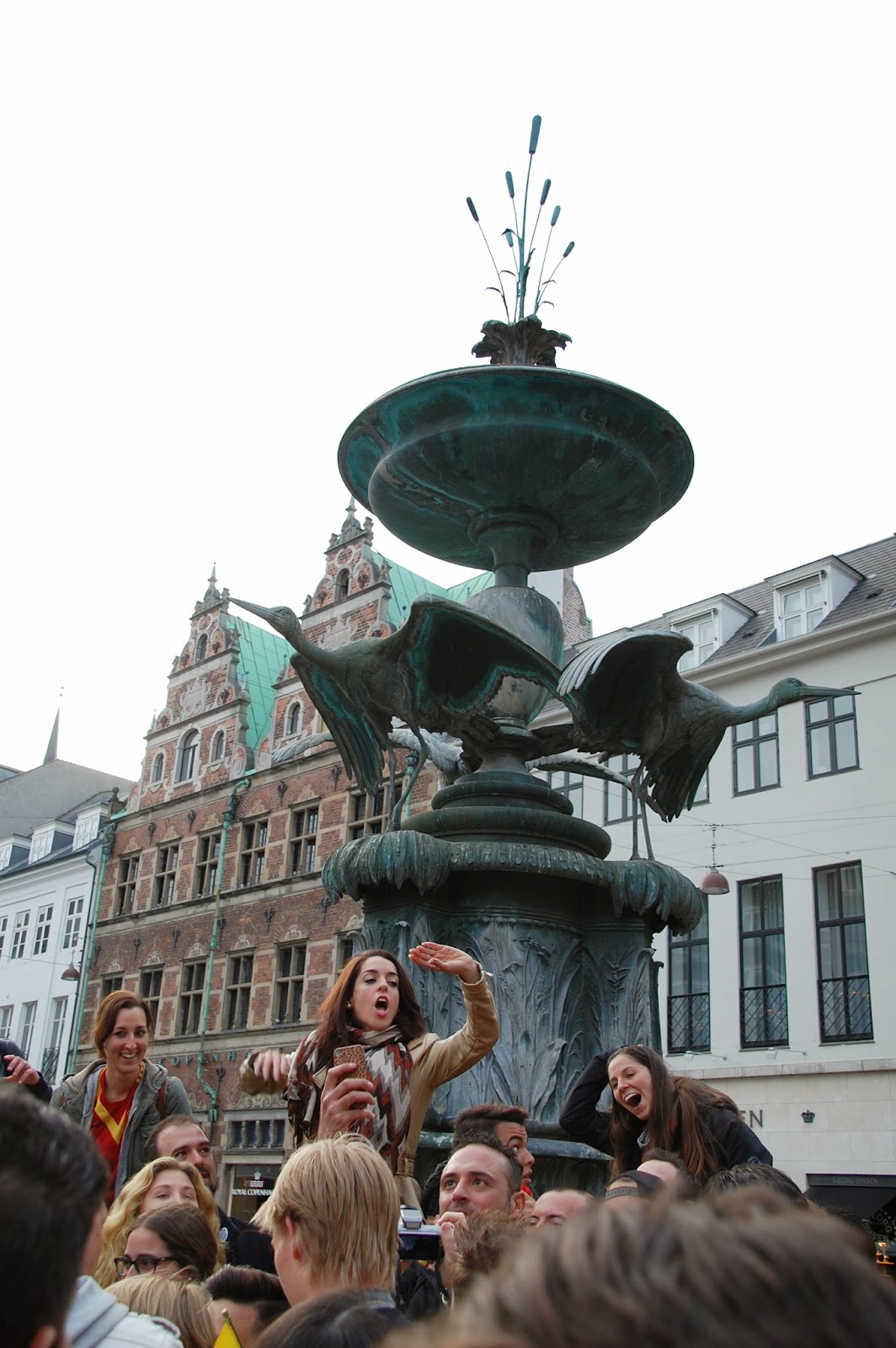 Ruth Lorenzo will perform in the second half in the grand final on Saturday.