Ukraine: Exclusive! Interview with Jamala "If you really respect and venerate your family, your own culture and history, you learn how to respect other cultures." 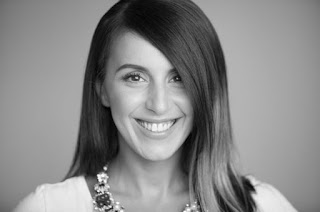 Jamala won the national final in Urkaine on 21st February 2016. She will represent Ukraine at the Eurovision Song Contest 2016 with the song "1944".

We spoke to Jamala about her participation in Eurovision 2016. Read our interview with her below to find out what she had to say..

Hello Jamala, first of all gratulations that you are one of the qualified participants for the Ukrainian national final 2016.

How does it feel to be part of the Ukrainian national selection with your song “1944”?


Jamala: Well, it’s great to be the part of the show. I really appreciate that Ukrainians like my song “1944”.

Who had the idea that you could participate in the Ukrainian national selection and who decided “1944”?


Jamala: I was asked to be participant by TV channel that make national selection. I chose “1944” and I decided that this is the right song for the contest from the very beginning.


Jamala: It’s inspired by story that my great grandmother told me when I was small. The song is about the tragedy that happened to our family and all Crimean Tatar in 1944. I mean the deportation of Crimean Tatar people from Crimea to Central Asia, the crime made by Soviet government. My great grandmother lost one of her daughters during the deportation. Actually “1944” concerns all people that had their own horrible tragedies in the past, such as Holocaust. We should always remember and never forget them to avoid like in the future. I want to deliver this message to as many people as possible. 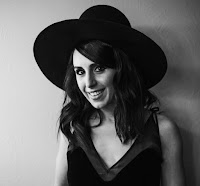 Jamala: I made my first professional record at the age of nine, it was all-day session to record the album of Crimean Tatar songs and songs for children. I finished Simferopol Music College and Kiev National Music Academy as opera singer and was going to make career in classical music, but plans changed. In summer 2009 I went to “New Wave” International contest of young singers in Latvia and got Grand Prix there. Talking about awards, I have few more: ELLE Style Award (nomination “Singer of the year”), Ukrainian National Award “Person of the Year” (nomination “Idol of Ukrainians”), Best Fashion Awards (nomination “Inspiration of the Year") and some more. I have four albums of my own music. I mean all songs written by me. The latest record “Breathe” was released in October 2015.

How do you prepare yourself for Stockholm?


Jamala: I did my homework, checked all the things in my performance that I’d like to improve.  We prepare new dress and impressive visual effects.

Are you a Eurovision fan?


Jamala: No, I’m not a fan. But I watch the show every year.


Jamala: I don't have favorite song. I usually pay attention to performers, musicians, vocals and musical background. These are few songs that I like:

From Urkaine my absolute favourite is Ruslana with her winning song "Wild Dances" :)


Jamala: I remember how everybody was talking about Alla Pugachova fail on Eurovision Song Contest in 1997. She was the biggest pop-star in Soviet Union and everybody were amazed with her poor result. Probably that’s my first recollection about Eurovision.


Jamala: Last autumn I released new album, so there will be a lot of touring. This is the main plan. I’m going to present new music all over the country. I will also perform on summer musical festivals.

If people outside Ukraine never heared about you before – what should they know about you?


Jamala: They should know that my music is worth to be heard :-))

What makes your song different and why should Europe vote for "1944"?


Jamala: I believe in my music and I believe that this song could represent Ukraine worthily. People should choose what song they like most. I hope it would be mine.


Jamala: Creating the future we should remember our roots, where we came from. If you really respect and venerate your family, your own culture and history, you learn how to respect other cultures. It’s the way we could make this world better.

Thank you so much for answer those questions. Good luck for you and see you soon in Stockholm!


Support Jamala and her music. Download her Eurovision entry "1944" and her latest album "Дыхание (Breathe)" on iTunes or listen to it on Spotify:

Jamala is honored to represent Ukraine at the Eurovision Song Contest 2016 in Stockholm. She will participate with "1944" on #15 in the second Semi-Final on 12th May 2016.