Greece: Exclusive! Interview with Argo "The Greek participation goes along with the unity call 'Come Together' and our song moves on the same wavelength, inviting the people to seek together an optimistic future"

Greek band Argo was chosen internally to represent Greece at the Eurovision Song Contest 2016 in Stockholm with the song "Utopian Land".

Band members are Christina Lachana (lead vocals), Vladimiros Sofianidis (vocals), Kostas Topouzis (Pontic lyra) Ilias Kesidis (vocals and percussion), Maria Elbrus-Venetikidou (vocals) and Alekos Papadopoulos (tabor). We spoke to them about their participation in Eurovision 2016. Read our interview with them below to find out what they had to say...

Hello guys, first of all congratulations that you were chosen internally to represent Greece at the Eurovision Song Contest 2016.

Who had the idea for this Eurovision project and what was your first thought as you were asked to represent Greece?


Argo: We were asked by our producer to write a song, which then was assessed to determine if it could represent our country at the Eurovision Song Contest. When our song was chosen we felt excited!

What is the message of "Utopian Land"? 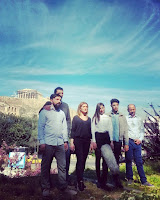 Argo: Everything is possible, as long as we work collectively. This is the message we want to send to the world. It is a difficult time for everyone, but we believe there will always be opportunities for something better and the music should serve as an outlet, as a way out. Everyone’s aim is to be where a new day begins.

Original band name is Europond – what was thre reason to change it in Argo for Eurovision?


Argo: We began our collaboration as a band 10 years ago as “Europond” and we are still working together now under the new name of our band “Argo”. We chose our new name Argo  because in this way we see the journey we are about to make . Like Argonauts, our journey starts with the final destination of Stockholm in order to win the "Golden Fleece", which in this case is nothing but a professional presentation of our song in the 61st Eurovision Song Contest.


Argo: We all live in Thessaloniki and that’s how we met and decided to work us a band. We began our collaboration 10 years ago as “Europond” and we are still working together now under the new name of our band “Argo”. We are writing and playing our music for the last 10 years in different parts of Greece. We recorded all our promo cd’s ourselves in studio and we were trying to share our music with audience in many ways, mostly thru  digital platforms.

Some of you are born in Georgia, have you also thought about to represent Georgia?


Argo: No. It is a great honor for us that our song will represent our country and that is all that concerns us. This is what we focus our attention on and we work intensively for the best possible result.

Can you tell us something about the video concept?


What are your expectations for Stockholm, are you excited?


Argo: We are very excited and we work hard for the best result on stage. Of course our first  goal is to pass from the 1srt Semi Final to the Final! We honestly  believe that will achieve it!

How do you prepare yourself for the Eurovision performance?


Argo: We believe in hard work and excellent preparation. Only so we feel ready for each subsequent step.

What was the reason why you haven’t joined any of the latest Eurovision promotion events (Riga, Amsterdam, Moscow, Israel…)?


Argo: Our country faces economic problems as you know, and therefore we didn ‘t  want to aggravate the situation by doing expenses for promo tour. We decided to promote our involvement means thru digital pathways, as the social media.

Would you describe yourself as Eurovision fans?


Argo: The Eurovision Song Contest is perhaps the only "social" television event. We usually gather to a friend's house and watch the show supporting different songs. Variety and democracy!


Argo: Apart from the Greek participation which won the contest in 2005, My Number One, which includes the Pontian lyre, one of our favorite entries is the song “Nocturne” by Secret Garden. An exquisite composition, an entry that is not like the others!


Argo: We love the discography of Abba. Abba have written their own history in the competition, with a huge success that led the contest to a much wider audience. They built their myth helped by the competition and at the same time the helped the Contest

What are your plans for 2016 besides the Eurovision participation, are you working on a album?


Argo: For the time being, we focus on our efforts for a very good performance on the stage of the Globe Arena. It is a great honor for us that our song will represent our country and that is all that concerns us. This is what we focus our attention on and we work intensively for the best possible result. We have plans for the future but will announce them after Eurovision Contest.

If people outside Greece never heared about you before – what should they know about you?


Argo: Our inspiration comes from real life, from our daily life and experiences and also from the history of our ancestors as our parents and grandparents narrated it to us. We believe in hard work and excellent preparation. Also we are open to new paths and challenges.

What makes “Utopian Land” different and why should Europe vote for your song? 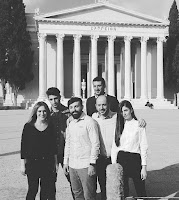 Argo: Our music is a mix of traditional and  contemporary music. The composition of “Utopian Land” is inspired from the Pontian music tradition and is combined with contemporary hip-hop. It is a modern approach to the difficulties that  people of the world are nowadays facing through the eyes of young people who have themselves experienced their own journey. Our song calls the entire world to follow and take part in the dream, a dream which requires effort and perseverance. This is the message we wish to convey to the people, best expressed in the lyrics describing the search for a Utopian Land. So maybe these both elements, the composition and the message of the lyrics will urge  the audience to vote our song.


Argo: The Greek participation goes along with the unity  call “Come together” and our song moves on the same wavelength ,  inviting the people to seek together an optimistic future. Let’s use music to reach and build our own dawn! Thank you all. See you in Stockholm.  Vote for Greece!

Thank you so much for answer those questions. Good luck for “Utopian Land” at the Eurovision Song Contest and see you soon in Stockholm! :-)


Support Argo and their music. Download their Eurovision entry "Utopian Land" on iTunes or listen to it on Spotify:

Argo are honored to represent Greece at the Eurovision Song Contest 2016 in Sweden. They will participate with "Utopian Land" on #2 in the first Semi-Final on 10th May 2016 in Stockholm. 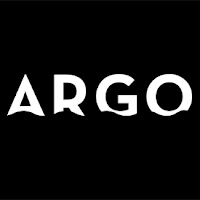