Bosnia & Herzegovina: Exclusive! Interview with Dalal "We strongly believe that music and it’s emotion is universal and needs no translation" 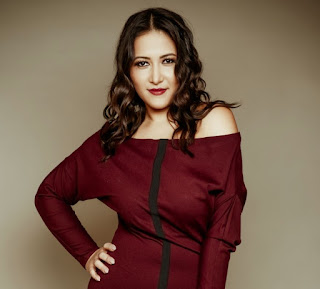 Dalal Midhat was chosen internally to represent Bosnia & Herzegovina together with Deen, Ana Rucner and Jala at the Eurovision Song Contest 2016 with the song "Ljubav Je".

We talked to Dalal some days ago about her participation in Eurovision 2016. Read our interview below to find out what she had to say.. 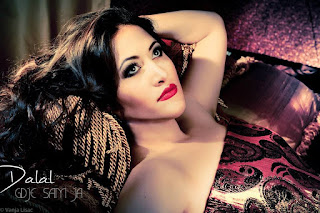 Hello Dalal, first of all congratulations that you were chosen internally together with Deen, Ana Rucner and Jala to represent Bosnia & Herzegovina at the Eurovision Song Contest 2016.

How does it feel to represent your country with “Ljubav Je”?


Dalal: It is a great honour to be chosen to represent our country in the world’s greatest music contest. Eurovision is a dream come true :)


Who had the idea for this Eurovision project and what was your first thought as you were asked to collaborate with Deen, Ana and Jala?


Dalal: Deen and I have been friends for 20 years, but we never recorded something together. When I first heard “Ljubav je” (author Almir Ajanovic)I knew it was the right song for us. And Eurovision just happened. During the process of creating the song we came to the idea that we need our friend from Croatia Ana Rucner to do live strings and our young rap performer Jasmin Fazlic Jala accompanied us with a few lines.


What is the message of "Ljubav Je"?


Dalal: "Ljubav je" sends the universal message of a magical, timeless love and forgiveness. Our song and our visual identity, as well as our performance for the Eurosong audience in Stockholm will celebrate love as the origin of all beautiful things in life, an energy that should rule the world and a universal feeling flowing through and connecting us all.

A lot of countries change their songs and sing in English. “Ljubav Je” is chosen to sing in home language – why is that so important for you?


Dalal: At first, it is originally written in Bosnian, and we are representing our country not ourselves. We strongly believe that music and it’s emotion is universal and needs no translation.


…but you also recorded a English version, right?


Can you tell us something about the beginning of your career?


Dalal: I started singing when I was 5, playing piano when I was 8 and playing clarinet when I was 11. I continued my music education in schools in Zagreb and Sarajevo. I formed a group Erato when I was 17 years old and was a main author for both of our albums.


What are your expectations for Stockholm, are you excited?


Dalal: Eurovision is a great platform for international visibillity, an opportunity for singers and songwriters,  because people from all over the World can hear your music.  I am very excited.


How would you describe the mix of people and music styles for your Eurovision project?

Dalal: Featured musicians Ana Rucner and Jala represent polar opposites, from classical music to underground hip-hop; Deen and I are also completely different personalities, both privately and in our music stylings, making it our goal to represent what makes our country stand out - the beauty of our contrasts, where we respect our individual differences, yet work together as one. Ethno vocals and instruments like the saz give the song a spirit of Bosnian and regional tradition.


How do you prepare yourself for the Eurovision performance?


Dalal: We have rehearsals and we plan to enjoy every minute of the preparations and our time in Stockholm.


Deen already represented Bosnia & Herzegovina 2004 with “In The Disco”. Did he gave you any advices?


Dalal: He is like a brother to me, and it means a lot to have someone who you love and trust in this project. His Eurovision experience is a great advantage for the whole team.


Some weeks ago you’ve been special guests in Montenegro during the song presentation of Highway’s entry “The Real Thing”. Can you tell us something about this experience to be part of the show and how was it to met them?


Dalal:  We love Montenegrin hospitality, it was really great to be a part of the show. We will have lots of fun in Stockholm together, Highway guys are great.

You are already confirmed to be part of the Eurovision in Concert in Amsterdam on 9th April 2016. Are you excited to meet a lot of the other contestants there? What are your promotion plans for your Eurovision entry?


Dalal: Well, we also had planed to come to Riga for the Eurovision Pre-Party. But unfortunately we had to cancel the trip. But now I am very excited to meet other contestants and fans and to see Amsterdam :)


Do you have any other promotion plans?


Dalal: We are planning to visit Croatia, Slovenia, Serbia and Macedonia as well. And we are invited to Great Britain.


Is it planed to continue the collaboration with Ana, Deen and Jala?


Dalal: At first we are great friends, and we love music. We will do something again :)


Dalal: I am a great fan of Eurovision and since my childhood I have been watching it every year with all members of my family.


Dalal: Imaani from England with "Where Are You", Marija Serifovic from Serbia with "Molitva" and "Lejla" from Hari Mata Hari from B&H

What are your plans for 2016 besides the Eurovision participation, are you working on a album?


Dalal: I am recording my first solo album in studio Tempo, and my producer is Almir Ajanovic, the author and producer of our Eurovision song. We are also working on my first single in English.


Dalal: I had the honour to perform at the welcoming concert for the visit of Pope Francis in Sarajevo, where I sang the famous hymn ‘Amazing Grace’.


If people outside Bosnia & Herzegovina never heared about you before – what should they know about you?


Dalal: I was the singer and songwriter in group Erato for ten years and we had two albums, it was a great experience, but now I am working on my first solo album. As a solo artist I released two singles, “Gdje sam ja” in 2014 and “Bombon” in 2015.

Apart from pop music, I love to sing soul, r’n’b, jazz and gospel. I was the part of the International day of Jazz concert in Sarajevo, invited performer of the British National Anthem on UK Armed Forces Day and Queens Birthday party. I represented my country on the International Festivals -  MELFEST in Macedonia and EuroVideo Grand Prix in Albania.


What makes “Ljubav Je” different and why should Europe vote for your song?


Dalal: "Ljubav je" is different from all other songs in the competition this year. We are 4 individuals, artists with more then 15 years of music experience in our fields – from pop and r’n’b to rap and classical music, and here we are together, embracing our differences and showing what love is. Our vote goes to unconditional love.


Do you have a message for “Join Us on Eurovision” readers and your fans?


Dalal: Thank you for the support, thank you for loving our song “Ljubav Je“, we really hope you will like our performance in Stockholm.  Share Love. :)


Thank you so much for answer those questions. Good luck for “Ljubav Je” at the Eurovision Song Contest and see you soon in Stockholm! :-)

Support Dalal & Deen feat. Ana Rucner & Jala and their music. Download their Eurovision entry "Ljubav Je" on iTunes or listen to it on Spotify:

Dalal & Deen feat. Ana Rucner and Jala are honored to represent Bosnia & Herzegovina at the Eurovision Song Contest 2016 in Sweden. They will participate with "Ljubav Je" in the second half of the first Semi-Final on 10th May 2016.

Find out more about Dalal Midhat and follow her: