Latvia: 8 candidates for semi-final of "Supernova 2017" 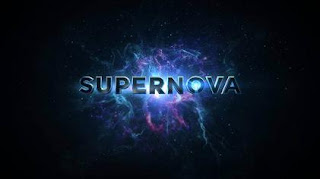 The first heat of the Latvian national selection "Supernova 2017" took place last Sunday in Riga, followed by the second heat yesterday. The shows have been hosted by Ketija Šēnberga and Toms Grēviņš. Eleven contestants were in the battle in each show to get one of four tickets for the semi-final. Two of them were chosen by the televotes, after that the jury chose two more lucky contestants for the next round. These have been the full line-ups...

You can listen to all the entries on a Spotify-playlist:


Justs won "Supernova 2016" and represented Lativa at the Eurovision Song Contest 2016 in Stockholm. His song "Heartbeat", written by Aminata, ended on 15th place in the Eurovision final with 132 points.

The winner of "Supernova 2017" will be honored to represent Latvia at the Eurovision Song Song Contest 2017 in Ukraine. Who will participate in the first semi-final on 9th May 2017 in Kyiv?


Find out more about "Supernova" here: