Sweden: Exclusive! Interview Robin Bengtsson "I have a great song and I will put my all in to win the whole thing" 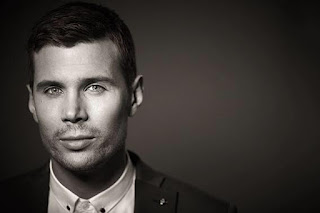 Robin Bengtsson is one of the candidates for the "Melodifestivalen 2017" with his song "I Can't Go On". He will participate on Saturday, 18th February 2017 in Växjö, in the third semi-final of the Swedish national selection of "Melodifestivalen 2016". Watch here the video of his "Melfest 2016" entry "Constellation Prize".

We spoked with Robin Bengtsson some days ago about his participation in the Swedish national selection "Melodifestivalen 2017". Read our interview with him below to find out what he had to say...

Hello Robin, welcome back to the Melodifestivalen 2017!

How does it feel to be part of the national selection with the song "I Can't Go On"?


Robin: It feels great! It's a super catchy tune and think people will like it!

Who had the idea that you could participate again in the Swedish national selection and who decided "I Can't Go On"?


Robin: I don't know who decided but I think me and my whole team wanted to do it all over again the day after final last year haha:)

What is the message of "I Can't Go On" and what kind of style will it be?


Robin: Actually, it doesn't come with that much of a message. It's playful, i little sexy maybe and just a fun song to sing.  It's funky and up-tempo!


Robin: I started playing the flute when I was 7, then trumpet when I was 8, then guitar and then started singing, and here I am now:)

What are you expecting in the national selection “Melodifestivalen”, are you excited?


Robin: I'm super excited and can't wait till people can listen to my new song!! 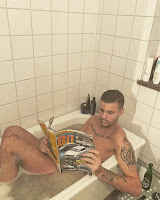 Robin: I think the answer would be yes and no. Last year people wasn't expecting that much, so it came as a surprise to people that my song was great. This they will be expecting more, and maybe an even better song than last year. But at the same time, I have more experience now and know exactly how much it takes to get through to the final. Hopefully I can make it:)


Robin: I'm rehearsing a lot at the moment. Last few days I'll prepare with a lot of sleep, healthy food and some more rehearsing.

Are you a Eurovision fan and have you been at the Eurovision Song Contest 2016 in Stockholm?


Robin: I'm a fan of course, I love the competition but I wasn't there on the final this year, I think I had a show somewhere. But I'm gonna watch it this year too no matter my own result in the National selection.

Which are your favorite Eurovision songs and what are your all time favorites from Swedish entries?


Robin: My favorite Eurovision song is "Euphoria" and swedish entries....my own from last year;)


Robin: I don't know, I didn't watch it when I was younger. Maybe when Roger Pontare represented Sweden. I'm not sure...


Robin: I like all kinds of music, pop, country, rob and old soul music. Rock music.

Who is Robin as private persons?


Robin: I think I'm a pretty normal 27 year old guy. I have a son who is 3. I live in Stockholm and just like to hang out with family and friends. I used to race motocross, competed for 12 years when I was younger. 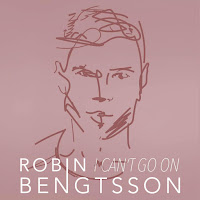 What are your plans for 2017 besides Melodifestivalen, are you working on a album?


Robin: Just to keep on doing what I love, music, and that my family stays healthy.

Why should the Swedish audience vote for your song to represent Sweden at Eurovision 2017?


Robin: I have a great song and will put my all in to winning the whole thing if they vote me through.


Robin: Hey everyone! Thanks for all the support in Europe last year, it's been amazing and I hope too see all of you very soon :)

Thank you so much for answering those questions. Good luck for you and your song "I Can't Go On" in "Melodifestivalen 2017" and maybe we see us in Kyiv!


Support Robin Bengtsson and his music. Download his Melfest 2016 entry "Constellation Prize" on iTunes or listen to it on Spotify: 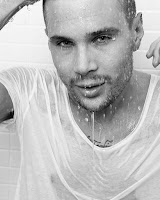 Find out more about Robin Bengtsson and follow him here: