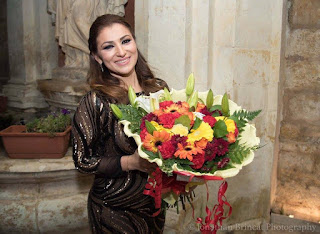 It was decision time in Malta on 18th February 2017. The 30th edition of the "Malta Eurovision Song Contest"(MESC) took place in Malta with a line-up of 16 competing hopefuls. Daniel Azzopardi and Charlene Mercieca hosted the show live from Malta Fairs & Conventions Centre in Ta'Quali.

Claudia Faniello won the competition with "Breathlessly" after a 100% televovting with 4.996 points. Second came Janice Manigion with "Kewkba" (4.544 points), followed by Kevin Borg with the song "Follow" (2.502 points).


Claudia Faniello will represent Malta at the Eurovision Song Contest 2017 with the song "Breathlessly", written by Gerard James Borg and composed by Philip Vella and Sean Vella. She will participate in the second semi-final on 11th May 2017 in Kyiv.

Support Claudia Faniello and her music. Her Eurovision entry isn't official released yet, download her latest single "You Said" on iTunes or listen to it on Spotify: 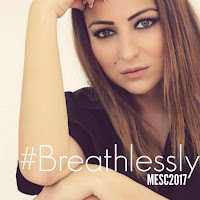 Find out more about Claudia Faniello and follow her: