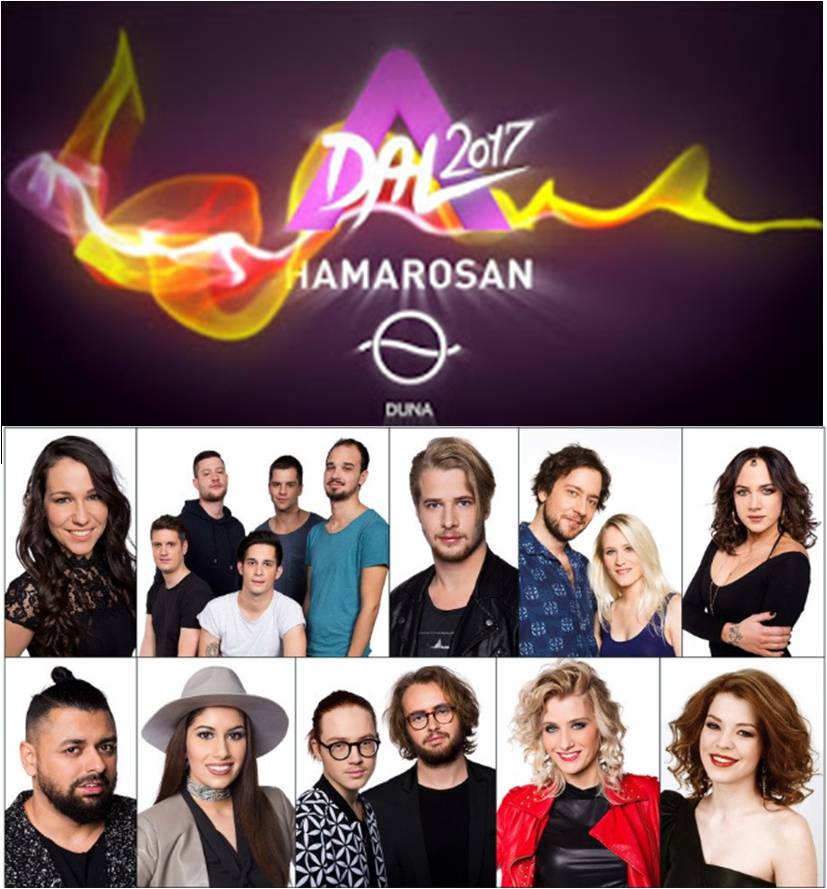 After two heats on 14th and 28th January 2017 tonight will be the third and last heat of Hungarian national selection "A Dal 2017". There are once again 10 more candidates in the battle to get one of six tickets to the next round. Five of them will be selected by the jury. The last ticket will be chosen by the audience.


Freddie won "A Dal 2016" and represented Hungary at the Eurovision Song Contest 2016 in Stockholm. His song "Pioneer" ended on 19th place in the Eurovision final.

The winner of "A Dal 2017" will be honored to represent Hungary at the Eurovision Song Contest 2017 in Ukraine. Who will perform in one of the semi-finals on 9th or 11th May 2017 in Kyiv?