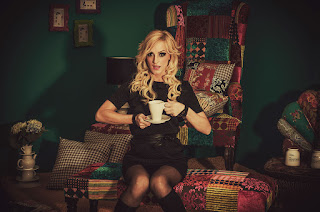 Serbian broadcaster RTS announced yesterday the artist for representing the country at the Eurovision Song Contest 2017 in Kyiv. It's Tijana Bogićević who has been chosen internally to perform in the second semi-final on 11th May 2017 in Kyiv!

It's planned to release Tijana's Eurovision entry very soon. For the moment it's only known that her song will be written and composed by Borislav Milanov, Bo Persson, Johan Alkenas and Lisa Ann-Mari Linder. All of them are known for Conchita's winning song "Rise Like A Phoenix" (ESC 2014 for Austria) and they also have been part of the authors for Poli Genova's "If Love Was A Crime" for Bulgaria (#4) last year. Seems we can expect something great..

Tijana Bogićević will participate in the second semi-final of the Eurovision Song Contest 2017 on 11th May 2017. Will she make it to the final?

Find out more about Tijana Bogićević and follow her: