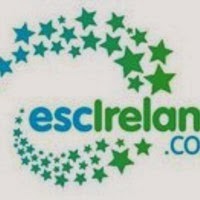 Ireland broadcaster RTÉ  announced yesterday this years finalists for their national selection 'Eurosong 2014'. National final will be on February, 28th

These are the acts with their songs in the running order on 28th of February:

All songs you can hear on soundcloud:

This afternoon Rick O'Shera debut the songs on radio RTÉ 2 FM on 3 pm. Derek Mooney gave the songs their first airing on RTÉ Radio 1 at 4 pm.

The winning act will be selected on Eurosong 2014 on 'The Late Late Show' on Friday the 28th of February. As was the case in previous years, Ireland’s Eurovision entry will be selected by a combination of public and regional jury vote.

More about the participants you can read here: