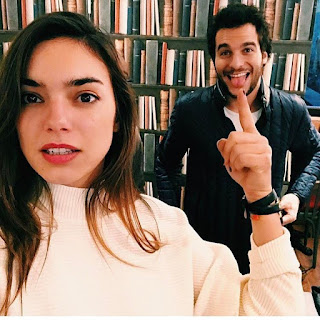 Alma was chosen internally to represent France at the Eurovision Song Contest 2017 in Kyiv with the song "Requiem". The singer met Amir, who represented France in Eurovision 2016 in Stockholm with "J'ai cherché".

Both met each other and the result of their meeting is a very special acoustic version of Alma's "Requiem"....

Support Alma and her music. Download her Eurovision entry "Requiem" on iTunes or listen to it on Spotify:

As one of the big five countries Alma will compete with "Requiem" in the grand final of the Eurovision Song Contest 2017 on 13th May 2017 in Kyiv.