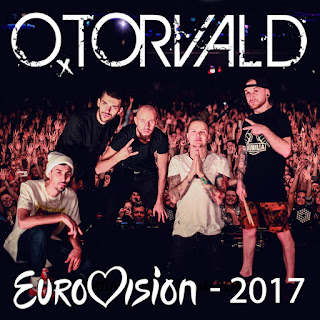 There have been three semi-finals, followed by the national final on 25th February. In the end it was the rock band O.Torvald who won the competition with the song "Time". Band members are Yevhen Halych, Denys Myzyuk, Mykola Rayda, Oleksandr Solokha and Mykyta Vasylyev. Here is the official video for their Eurovision entry "Time".

Support O.Torvald and their music. Download their Eurovision entry "Time" on iTunes or listen to it on Spotify:

O.Torvald will represent Ukraine at the Eurovision Song Contest 2017 in their home country. They will participate in the grand final on 13th May 2017 in Kyiv with the song "Time".