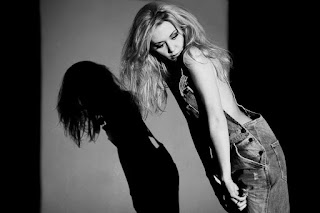 Kasia Moś won on 18th February 2017 the Polish national final of "Krajowe Eliminacje 2017". She will represent Poland at the Eurovision Song Contest 2017 in Kyiv with her song "Flashlight".  Here you can watch the official video of her Eurovision entry..

Support Kasia Moś and her music. Her Eurovision entry "Flashlight" isn't official released. In the meantime download her latest album "Inspiration" on iTunes or listen to it on Spotify:

Kasia Moś will represent Poland at the Eurovision Song Contest 2017 in Kyiv. She will participate in the first semi-final on 9th May 2017 with the song "Flashlight".

Find out more about Kasia Moś and follow her: