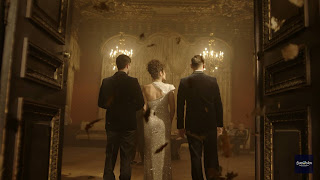 Switzerland will be represented by the band Timebelle in this years Eurovision Song Contest in May. The band recorded the official video for their Eurovision entry "Apollo" end of February and here you can watch the result...

Timebelle already have been confirmed to promote their song "Apollo" at the this years edition of Eurovision in Concert 2017 on 8th April in Amsterdam.

Support Timbelle and their music. Download their Eurovision entry "Apollo" on iTunes or listen to it on Spotify:

Timebelle will represent Switzerland at the Eurovision Song Contest 2017 in Kyiv. They will participate with "Apollo" in the second semi-final on 11th May 2017 in Ukraine.

Find out more about Timebelle here: