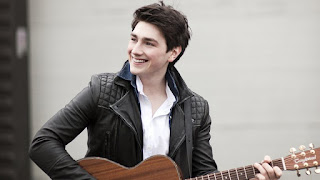 After the announcement it was very quiet around Brendan and a possible Eurovision entry. Finally! Today the official video for his Eurovision entry "Dying To Try" was presented and the song sounds like this..

In the last three years Ireland failed to qualify to the Eurovision final. Will Brendan Murray bring Ireland back to the final of the Eurovision Song Contest on 13th May 2017?

Brendan Murray will represent Ireland at the Eurovision Song Contest 2017 in Kyiv. He will participate in the second semi-final on 11th May 2017 with the song "Dying To Try".

Find out more about Brendan Murray and follow him: