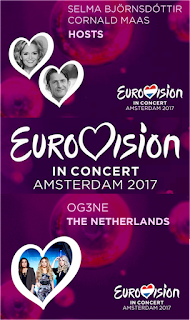 The "Eurovision in Concert" 2017 takes place on 8th April 2017 in Amsterdam. The venue is as in previous years Melkweg (The Max) in the middle of Amsterdam. The show will be hosted again from Cornald Maas. Co-host in 2017 is Selma Björnsdottir. For the Eurovision family she is better known just as SELMA.


The team of Eurovision in Concert confirmed on Thursday the first live act. Well, it's not really a surprise - it's O'G3NE, the dutch representative for Eurovision. Welcome!

Join the event on Facebook:
The official ticket sale starts on 30th December 2016 at 12pm (cet). Get your tickets here! 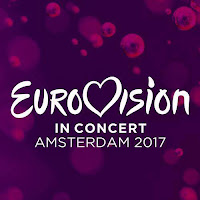