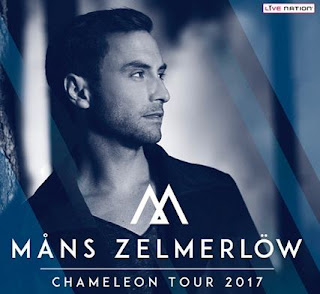 More cities will be announced soon. Get your tickets here!

Support Måns Zelmerlöw and his music. Download his new album "Chameleon" and his latest single "Glorious" on iTunes or listen to it on Spotify:

Find out more about Måns Zelmerlöw and follow him: