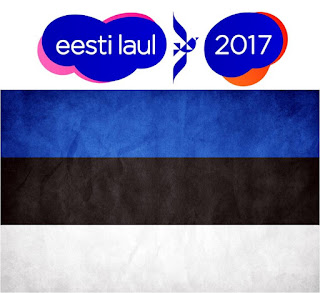 Estonian broadcaster ERR announced on 8th November 20 candidates for their national preselection "Eesti Laul 2017". 20 musicians perform in two semi-finals their potential Eurovision entry. The winner will be chosen in the national final on 4th March 2017 in Tallinn. Here is the running order for the first semi-final on 11th February 2017.

"Eesti Laul 2017"
Jüri Pootsmann won Eesti Laul 2016 with the song "Play" and represented Estonia at the  Eurovision Song Contest 2016 in Stockholm, but he failed to qualify to the Eurovision final.


The winner of Eesti Laul 2017 will be honored to represent Estonia at the Eurovision Song Contest 2017 in Kyiv, Ukraine. Who will participate in one of the semi-finals on 9th or 11th May 2017 in Ukraine?