Nathan Trent was chosen internally to represent Austria at the Eurovision Song Contest 2017. His Eurovision entry isn't known yet. Watch here the official video of his debut single "Like It Is".

We spoke to Nathan about his participation in Eurovision 2017 and his plans. Read our interview with Nathan below to find out what he had so say.. 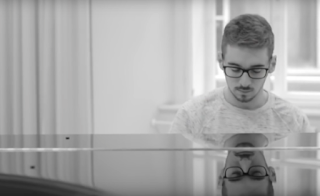 Hello Nathan, first of all congratulations that ORF have chosen you internally to represent Austria at the Eurovision Song Contest 2017!

What does it mean for you representing your country at Eurovision 2017 in Kyiv?


Nathan: Thank you very much! I couldn’t be more honored to represent my own country at the Eurovision Song Contest 2017! It’s overwhelming and I am still processing the information. Also it is an enormous opportunity which allows me to introduce my music on such a big platform. I couldn't feel happier and I’m incredibly grateful!

What was your first thought as you realized ‘I will represent Austria in Kyiv’?


Nathan: „Is this for real?“ I couldn’t believe it at first. When I got the message and read the words, I was absolutely blown away!

What should people know about you if they never heard about you before? Could you introduce yourself a bit?


Nathan: Well, I finished my studies in June 2016 and have been working since then on my music at the same time. I then decided to release my first single „Like It Is“, which I wrote and has been produced by the great producer Lenzelot in his studio in Vienna. The offer to participate at the internal selection came two days after the release. So I’ve been working even harder on my music since that moment.

For now it’s not known which song you will sing. Can you tell us something about what is planed?


Nathan: Unfortunately the only information I can give you about the song is that I’m working on it with an Austrian producer who lives in L.A. We are finalizing the last steps and it’s going to be released in February. ;)

Are you planning to make an promotional video? If yes, can you tell us something about that? (If it’s decided..)?


Nathan: As the song isn’t ready yet, I still don’t know about the video, but I would love to combine the audio with visuals, so, let’s see :-)


Nathan: I would definitely describe this last period of time as the beginning of my career,given the fact that I just started out in June and that ESC is a huge possibility to reach a lot of people.

The ORF announcement was a surprise, because you submitted a song for the German pre-selection “Unser Song 2017” – now you are the representative for Austria.. What happened?


Nathan: My best friend sent them the YouTube link of my already existing single „Like It Is“, without me even knowing it. A few weeks later I got the invitation to come to the convention and I was very surprised. As I talked  openly with both production companies of each country, I was able to do the german election.

What are you expecting in Kyiv?


Nathan: I’m sure it’s going to be an amazing experience where I can meet a lot of artists from different countries. I’m sure it will be one of the most inspiring and exciting times in my life and I can’t wait for it to start!

Are you a Eurovision Fan and have you been in the shows of Eurovision 2015 in your city Vienna?


Nathan: I’ve been watching the ESC for about ten years now. I really got into it when Lena Meyer-Landrut won back in 2010, but unfortunately I wasn’t able to attend the ESC while it has been in Vienna.

Which are your favorite Eurovision songs and what are your all time favorites from Austrian entries?


Nathan: My all time favorite Eurovision Song is definitely Euphoria by Loreen. My favorite Austrian entry was Eric Papilaya with "Get Alive" and of course "Rise Like A Phoenix" by Conchita.


Nathan: "Wadde hadde dudde da" by Stefan Raab was the first song I heard in combination with the Eurovision Song Contest.

Have you ever met an ESC artist? If yes, who was it and how was your meeting?


Nathan: I met Eric Papilaya through a production I worked for and we have been friends for almost a year now.

Who is Nathan as private person?


Nathan: I’m a person who loves to be around people a lot. I love my family very much and I embrace cultural diversity. I listen to music all day long and couldn’t live without it. I also like to relax and travel by myself and explore new things. All in all Id say I’m curious, ambitious and I love it when people support each other.

What are your plans for 2017 besides Eurovison, are you working on a album?


Nathan: I’ve been working on an album for quite a while now. I can’t wait for you to hear it.

Some of the big Eurovision promotion events (“Eurovision in Concert” in Amsterdam, “Eurovision Pre-Party Riga”, “London Eurovision Party”…) are end of March and in April. Are you planning to be part of it to promote your song?


Nathan: It is still unsure which events I’m going to be part of, but I definitely want to promote the song in the best way.


Nathan: When my parents got me my dog „Ebano“.


Nathan: I wish for acceptance and respect in the world and I wish to always be able to work hard in order to fulfill my dreams and hopefully the dreams of others.

Why should Europe vote for you?


Nathan: Because my music is all about authenticity and passion.


Nathan: Dear Join Us on Eurovision readers and everyone who supports me, I hope you’ll be watching the ESC in 2017 and I wish you the best of luck for everything you want to accomplish in 2017! Dream big, work hard and keep on pursuing your goals! Everything is possible! All the best, Nathan

Thank you so much for answer those questions. Good luck for you and your song at the Eurovision Song Contest 2017 in Kyiv! See you there..

Support Nathan Trent and his music. Download his debut single "Like It Is" on iTunes or listen to it on Spotify:

Nathan Trent will participate in one of the semi-finals of the Eurovision Song Contest 2017 on 9th or 11th May 2017 in Kyiv. Nathan's entry for Eurovision will be released in February 2017. 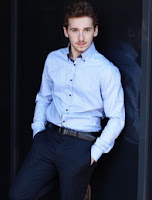