Dismissed are one the participants for "Melodifestivalen 2017" with their song "Hearts Align". They will participate in the Swedish preselection in the second semi-final on 11th February 2017.

We spoke with Dismissed some days ago about their participation in the Swedish national selection "Melodifestivalen 2017". Read our interview with them below to find out what they had to say... 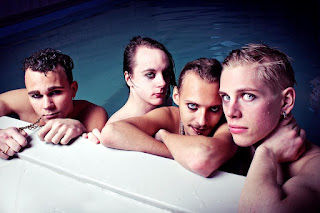 Hey guys, first of all gratulations that you are one of the qualified participants for the Swedish national selection “Melodifestivalen 2017”.

How does it feel to be part of national selection with the song "Hearts Align"?

Who had the idea that you could participate in the Swedish national selection and who decided "Hearts Align"?


Dismissed: The idea about our participation came from our record company, and the Swedish national selection jury asked us if we wanted to work with Ola Salo and Peter Kvint.  After making our own version of the song it felt like a good match.

What is the message of "Hearts Align" and what kind of style will it be?


Dismissed: The song is about the power when people are joined together for a bigger cause. The style will be drum-driven electro rock.

What is the meaning of the band name “Dismissed”?

Can you tell us something about the beginning of your career, when have you met each other?


Dismissed: We´ve known each other for a long time, hanging out in the same places and fighting for the same cause. 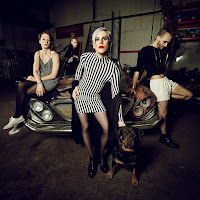 What are you expecting in the national selection “Melodifestivalen”, are you excited?


Dismissed: We are very exited and we're expecting a great party.


How do you prepare yourself for the show?


Dismissed: A lot of practice and a lot of love!

Are you Eurovision fans and have you been at the Eurovision Song Contest 2016 in Stockholm?


Dismissed: We´re discovering the Eurovision Song Contest for the first time. So far so good!

Which are your favorite Eurovision songs and what are your all time favorites from Swedish entries?


Dismissed: "Waterloo" from ABBA and from The Ark "The Worrying Kind".

What are your plans for 2017 besides Melodifestivalen, are you working on a album?


Dismissed: This year we will take on Europe, touring to promote the upcoming album.

If people outside Sweden never heared about you before – what should they know about you?


Dismissed: Dismissed is a band to be reckoned with on the great stages and in the struggle against oppression.

Why should the Swedish audience vote for your song to represent Sweden at Eurovision 2017?

Thank you so much for answer those questions. Good luck for you and your song in Melodifestivalen 2017 and maybe we see us in Kyiv!

Support Dismissed and their music. Download their latest single "Glitch" on iTunes or listen to it on Spotify:
For other possibilites check the stores in your county. 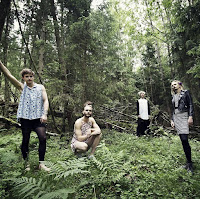