Finland: Exclusive! Interview with Lauri Yrjölä "Helppo elämä is about a bohemian person who has no discipline and wants things easy" 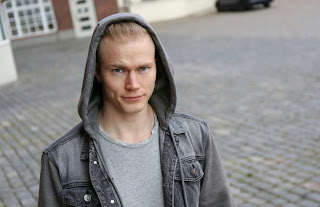 We talked to Lauri Yrjölä some days ago about his participation in the Finnish national selection "UMK 2017". Read our interview with him below to find out what he had to say... 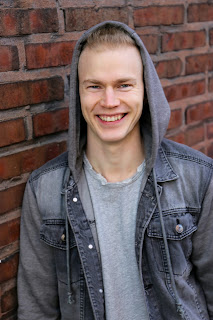 Hello Lauri, first of all gratulations that you are one of the qualified participants for the Finnish national selection “UMK 2017”.

How does it feel to be part of national selection with the song "Helppo elämä"?


Lauri: It feels good that I got picked since I’m new as an artist and I don’t have any record lable behind me yet. Seems that people might be interested in my music and it gives me motivation.

Who had the idea that you could participate in the Finnish national selection and who decided "Helppo elämä"?


Lauri: I had 12 songs all ready that I was performing during 2016 so because of the UMK rules I couldn’t pick any of those. Then I wrote a few more in the summer and after listening the demo of "Helppo elämä" my producer Kasperi Kallio had a vision and we decided to go with that.


Lauri: It’s about a bohemian person who has no discipline and wants things easy. That person is quite the opposite of me in the sense that I want to put time and effort into things that I do.


Lauri: I began listening to music and playing guitar only at 15 years old. It was because of Oasis and my friends who had a band. Then I took lessons and started learning the guitar. The singing came along when no one else wanted to sing.

What are you expecting in the national selection “UMK 2017”, are you excited?


Lauri: I’m excited and it’s nice to get to perform on a big stage with your own song. And since my song is the only one in Finnish it feels even more special.


Lauri: To this show in particular I have to learn the choreography which is a totally new thing for me. I’m used to playing the guitar which I won’t be doing as an solo artist anymore so I have to learn to be comfortable without it.


Lauri: My all time favorite is easy: Common Linnets and "Calm After the Storm". From Finnish entries I like for example Kirkas "Hengaillaan".


Lauri: I guess I’ve watched the finals when I was younger and didn’t even play anything. I remember that Finnish national finals had a big orchestra that accompanied the participants. I think that was cool.


Lauri: I guess nowadays my favorite is gypsyjazz and in particular Django Reinhardt and Bireli Lagrene. But I like all the music that’s been played good and has good melodies and groove.

Who is Lauri as private person?


Lauri: A simple man. I like to learn things, sleep and eat food.

What are your plans for 2017 besides UMK, are you working on a album?


Lauri: Yes I have 18 songs all ready and we’re producing those AFAP. I hope that I can get a record deal to make things big. Because my music is so much that top 40 pop I think I just need people to find me. When I get to play gigs that’s where I’m home. And my plan is also to take Finnish pop music all over the world. And with that I mean I wanna sing in Finnish.because that’s something no one has ever done so far.


Lauri: To have a career in performing my own music.

If people outside Finland never heared about you before – what should they know about you?


Lauri: The first impression of me is probably the wrong one :D It takes time.

Why should the Finnish audience vote for your song to represent Finland at Eurovision 2017?


Lauri: It’s a good song and I’m a good performer. It’s also a vote for the future of my music not only this competition.


Lauri: Thanks for the interview. It was nice answering the questions. Go listen to my song "Helppo elämä" and stay tuned for more music coming soon. If you like you can follow me on Facebook, Instagram, Snapchat @lauriyrjola and Twitter. I guess there’s a certain pattern with the usernames :D :D

Thank you so much for answer those questions. Good luck for you and your song in UMK 2017 and maybe we see us in Kyiv!

Support Lauri Yrjölä and his music. Download his "UMK 2017" entry "Helppo elämä" on iTunes or listen to it on Spotify:

Find out more about Lauri Yrjölä and follow him: