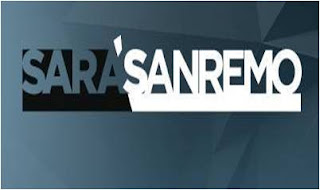 On 12th December announced Carlo Conti during "Sarà Sanremo" 22 contestants with their songs for the Festival di Sanremo 2017. The shows takes place between 7th and 11th February 2017. There are two categories, Campioni and Nuove Proposte. The winner of Campioni will get the chance to represent Italy at the Eurovision Song Contest 2017 in Kiev, Ukraine. The shows will be presented once again by Carlo Conti.

Nuove Proposte (Newcomers)
If you missed the official announcement you can watch it here.

Francesca Michielin represented Italy at the Eurovision Song Contest 2016 in Stockholm. Her song "No Degree Of Separation" ended on 16th place with 124 points.

The winner of Festival di Sanremo 2017 will get the honor to represent Italy at the Eurovision Song Contest 2017 in Kiev. Italy is one of the big five members and will be automatically qualified to the Eurovision final on 13th of May 2017 in Ukraine.

You can find out more about the Sanremo Festival here: