Five years ago won Alexander Rybak for Norway the Eurovision Song Contest with "Fairytale". Some days ago released the singer and violinist his new single "Return".

"Everything you hear in this song is made of violin and song. I hope this will inspire other musicians to use their talents in new ways. The songs itself is inspired by the DreamWorks picture “How To Train Your Dragon”, and it is about friendship and flying." said Alexander about the song.

It's almost night, I should be sleeping.
But the moon's so bright, as if it's praying with me.
Round and round, I walk in circles aimlessly.
Where could you be?

The purple skies were so inviting
when we used to fly.
But the excitement slowly fades away.
Feels like there's nothing I wanna do.
Not without you.

And every little cloud,
and every single star,
reminds me of just how much I miss you.


Support Alexander Rybak and his music. Download his new single "Return" on iTunes or listen to it on Spotify:

Besides his new single "Return" Alexander added a song called "Foolin" on his Spotify playlist "Entertainer". 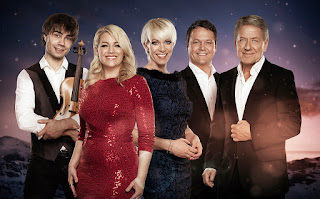 From 3rd December 2016 on Alexander Rybak will be on "Stille Natt Hellige Natt" tour around Norway. You can see him on stage together with Maria Haukaas Mittet (ESC 2008, "Hold On Be Strong"), Marian Aas Hansen, Hans Petter Moen and Rune Larsen. Together with musicians Jon-Willy Rydningen and Olav Torget they will create Christmas-mood in churches around southern Norway. Get your tickets here:

Find out more about Alexander Rybak and follow him: