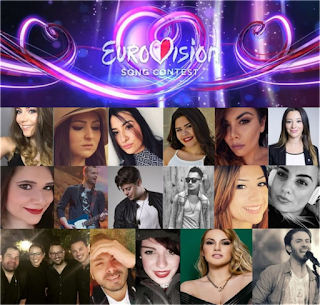 Maltese broadcaster PBS got 156 songs for the national selection "Malta Eurovision Song Contest 2017 (MESC)". 16 out of them are chosen for the national final on 18th February 2017. These are the lucky ones and their songs....


You can listen to all the entries here:

In the list are well known names from last year. Brooke Borg placed 2nd in MESC 2016 with "Golden", followed by Franklin Calleja with "Little Love". Maxine Pace and Deborah C are also returning for the competition 2017.


Ira Losco won MESC 2016 and represented Malta at the Eurovision Song Contest 2016 in Stockholm with "Walk On Water" and ended on 12th place with 153 points in the Eurovision final.

The winner of MESC 2017 will be honoured to represent Malta at the Eurovision Song Contest 2017 in Kyiv. Malta will participate in one of the semi-finals on 9th or 11th May 2017 in Ukraine.


More about MESC you can find here: