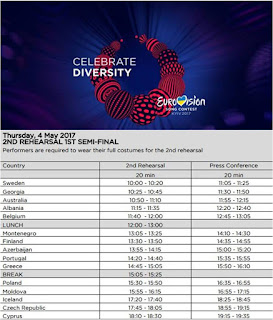 Rehearsing countries on 4th May 2017:
(click the country to see first rehearsal impressions)

Follow the Eurovision Song Contest on the official social medias: