Finland: Exclusive! Interview with Norma John "It's important to us that the performance reflects the our song" 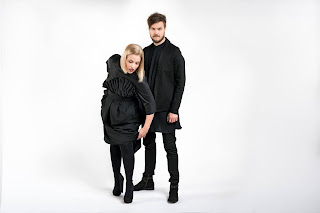 Norma John have won the Finnish national final of "UMK 2017". They will represent Finland at the Eurovision Song Contest 2017 in Kyiv with the song "Blackbird".

We spoke to Leena and Lasse before the Eurovision pre-party season has started. Read our interview with Norma John below and find out what they had to say... 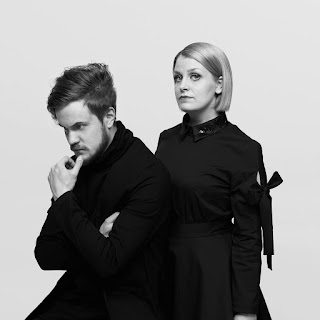 Hello guys, first of all congratulations for winning the Finnish national selection of “UMK 2017”.

How does it feel to be part of Eurovision 2017 with the song "Blackbird"? Could you describe your first reaction as it was clear you won the competition?


Norma John: Firt reaction was that is this really happening! You could see the suprise of it on our faces, we didn’t expect to win but are thrilled that we did!

What should people outside Finland know about you if they never heard about you before? Could you introduce yourself a bit?


Norma John: Norma John is an indie-band of two friends; Leena and Lasse. We write our own songs and do music because we love and it’s our passion 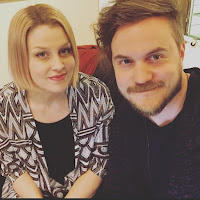 Who had the idea that you could participate in the Finnish national selection and who decided "Blackbird"?


Norma John: We both thought that this is a great format and allows artist and bands that dont, example,  have a record-deal  to take part! ESC is a big and beautiful format that celebrates diversity (this years theme wow!) and it’s an honour to be part of that too.

What is the message of "Blackbird"?


Norma John: It is a song about losing some-one. Almost everyone knows what that feels like. But dont think of the song, just as a sad song. It feels to us hopeful and empowering.

Can you tell us something about the beginning of your career and when you have met each other?


Norma John: We both have been in love with music since we were little and had all kind of music related hobbies! We met 15 years ago when we were teenagers and started doing music together.


Norma John: We are very excited and proud to be in this competition! Neither of us have been in Ukraine so its a new experience for us too!

How will you prepare yourself for the show? There are changes to the “UMK” performance?


Norma John: We hope to keep the performance pretty much the same! It was important to us that it reflects the song. And we think it did!


Norma John: Loreen - "Euphoria" and Anouk - "Birds" were one of the favorites! Softengine and Krista from Finland!


Norma John: We don’t know if this is the first but both of us remember finnish entrant Cat Cat - "Bye bye baby" from the 90’s!


Norma John: Yes we hope to release new music! That is the most important thing for us now besides ESC.

Why should Europe vote for you?


Norma John: If you like it, if the song moves you and touches you, then vote for us!


Norma John: Thank you so much for the support! We need all your love! :D

Thank you so much for answer those questions. Good luck for you and your song in and see you in Kyiv!

Support Norma John and their music. Download their Eurovision entry "Blackbird" on iTunes or listen to it on Spotify:

Norma John will represent Finland at the Eurovision Song Contest 2017 in Kyiv. They will participate with "Blackbird" in the fist semi-final on 9th May 2017 in Ukraine. 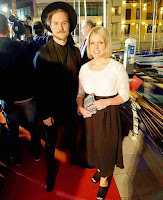 Find out more about Norma John and follow them: