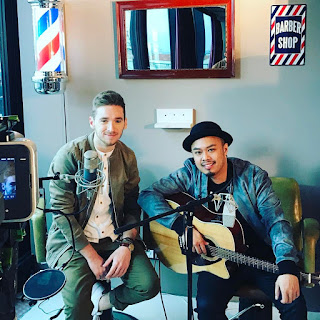 Nathan Trent, the Austrian hopeful for Eurovision 2017, made a very special acoustic version of "Heroes". The original version was performed by Måns Zelmerlöw, who won the Eurovision Song Contest two years ago. Here is his special interpretation of the winning song from 2015 and what can we say?! Nathan did it very well! :)

After promoting his Eurovision entry "Running On Air" in London at the London Eurovision Party and at the Israel Calling he will also, of course, promote his song live at the Eurovision in Concert next Saturday in Amsterdam.

That's not enough?! You are right! Nathan is also confirmed to perform his entry live on the official aftershow party which takes place once again in Vondel CS.

Support Nathan Trent and his music. Download his Eurovision entry "Running On Air" on iTunes or listen to it on Spotify:

Nathan Trent will participate in the second semi-final of the Eurovision Song Contest 2017 on 11th May 2017 in Kyiv with the song "Running On Air".