Unbelievable, but it's already two years ago since Loïc Nottet brought the glory back for Belgium as he ended on a fantastic 4th place in the Eurovision final of the Eurovision Song Cotnest 2015 with the song "Rythm Inside".

After participating in Eurovision it took more than a year till Loïc released his follow up single  "Million Eyes" end of last year. Finally, shortly before he'll be going on his first European Tour he releaesd his debut album "Selfocracy".

On 22nd April starts his European Tour 2017 through Belgium, France, Germany, Switzerland and other countries. Find all details here.

Support Loïc Nottet and his music. Download his new albumm "Selfocracy" and his latest single "Million Eyes" on iTunes or listen to it on Spotify:

Find out more about Loïc Nottet and follow him: 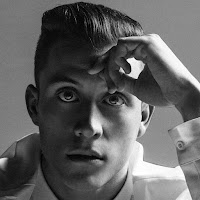