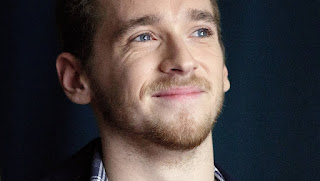 Nathan Trent was very busy in the last weeks promoting his Eurovision entry "Running On Air" in London, Amsterdam and Madrid. But the Austrian singer found time to record a special acoustic version of the French entry from Eurovision 2016. Here is the acoustic version of "J'ai cherché", originally sung by Amir.

One week ago he published already his acoustic version of Marco Mengoni's "L’essenziale" (ESC 2013, Italy).

Well, that's not all.. maybe you missed his cover of the winning song from the Eurovision Song Contest 2015 - "Heroes".

Support Nathan Trent and his music. Download his Eurovision entry "Running On Air" on iTunes or listen to it on Spotify:

Nathan Trent will participate in the second semi-final of the Eurovision Song Contest 2017 on 11th May 2017 in Kyiv with the song "Running On Air".