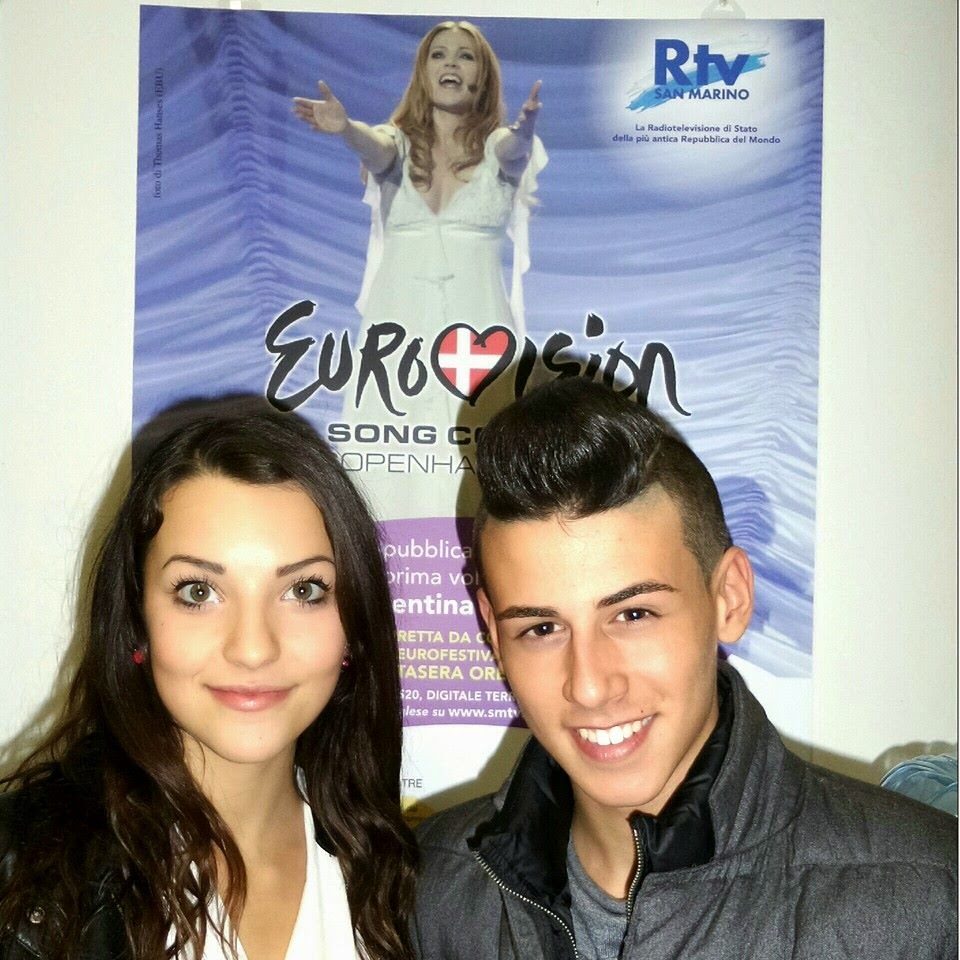 SMRTV, Broadcaster from San Marino, gave on 27th of November a press conference to announce the participants for Vienna.

Anita Simoncini (born in 1999) and Michele Perniola (born in 1998) were chosen internally to represent the Republic of San Marino at the Eurovision Song Contest 2015 in Vienna next May.

Michele represented last year San Marino at the Junior Eurovision Song Contest with the song 'O-o-O Sole intomo a me'. Do you remember his song?

The song from Anita and Michele will be announced later.

Here are some interviews with Anita & Michele:


Find out more about Anita & Michele and follow them: