The Netherlands: Trijntje Oosterhuis's performs 'Walk Along' in Vienna 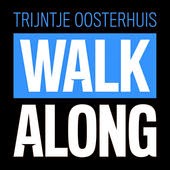 
"I feel very honoured to have been asked to represent the Netherlands at the 2015 Eurovision Song Contest in Vienna. After the good performances and results by Anouk and The Common Linnets the past two years, it is of course more exciting but also very fun. The song was co-written by Anouk and it is very nice that she wants to share her experiences of the contest with me". she said to Eurovision.tv

Anouk already represented the Netherlands at Eurovision, in 2013 with the song 'Birds'. She ended on 9th place in Malmö which was the best result for the country since many years.

It was announced that Trijnte will premiere her entry on 11th December. Here you can listen to her song 'Walk Along'.

Trijntje seems very happy with her entry: "It is really catchy. I guess it's different to what you usually expect from me, but I have an ambition to win and give it my all".

"It is really cool that Anouk and The Common Linnets did it. Now i'm daring! I find it exciting, but it is also an honour to represent our country" she continued about her Eurovision participation.

Since today the song is available on iTunes, download it here:
Trijnte will perform in one the Semi-Finals on 19th or 21st May 2015. Will she get a ticket to the grand final on 23rd of May in Vienna?


Find out more about Trijntje Oosterhuis and follow her: