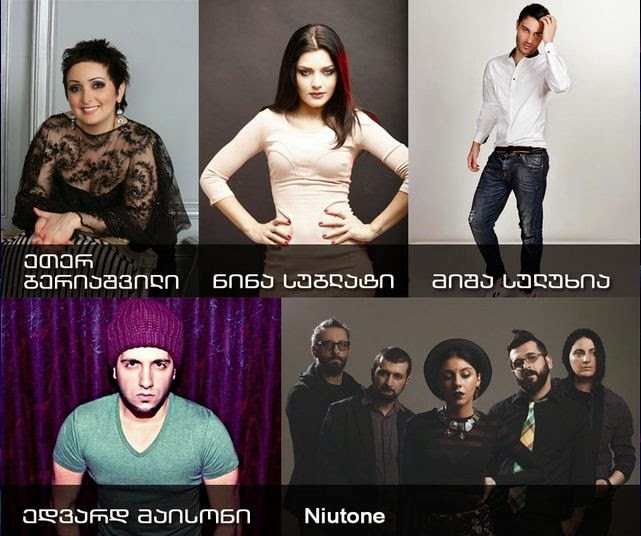 GPB, broadcaster from Georgia, called out earlier this month for contestants to send their songs for the national selection 2015. Deadline was 20th of December. Now GPB announced 5 hopefuls for the National Final wich will take place on 14th of January 2015.