Albania: Elhaida Dani will wave the Albanian flag in Vienna! 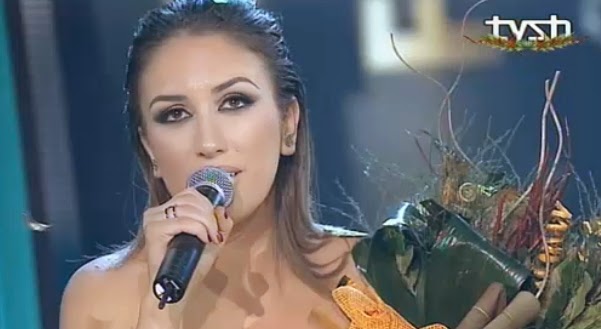 The Albanian national selection 'Festivali i Këngës' came yesterday with a spectacular national final and a big live orchestra in the Palace of Congress in Tirana to an end. The lucky winner from this years 53rd edition of 'Festivali i Këngës' is Elhaida Dani with her powerful song 'Të kërkoj'. 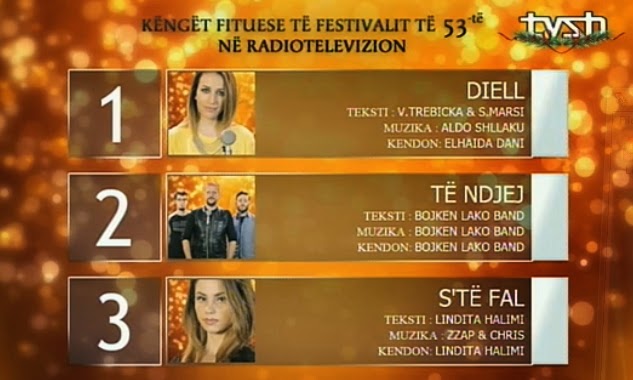 After three hours the professional jury started to give their votes and here you can see the end result with Elhaida as winner. Bojken Lako Band came second and Lindita Halimi reached third place.


You missed the show yesterday? Watch it here: 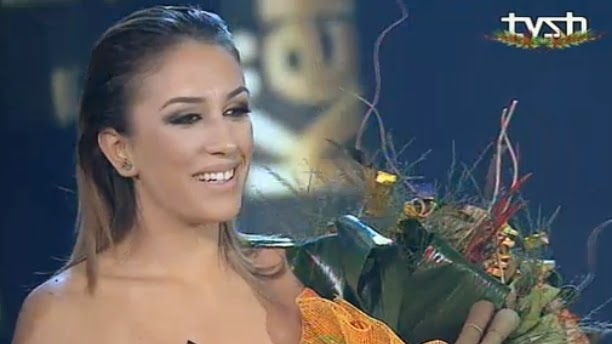 Elhaida participated 2013 in The Voice of Italy and won the competition with 71% of the votes.


Last years winner Hersi Matmuja performed in the national selection her Eurovision entry in Albanian language. Some weeks later it was decided to record the song in english for the big Eurovision stage, but she failed to qualify to the grand final. Will Elhaida record her song also as international version in English?

Elhaida will perform in one of the Semi-Finals on 19th or 21st of May in Vienna.

Find out more about Elhaida Dani and follow her: