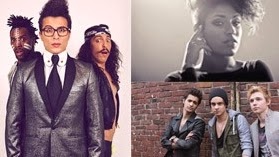 New this year is a 50% voting. 50 % is jury voting and 50 % is public voting. It's possible to vote between 26th of Jauary and 23rd of February. Voting informations will be on screen daily on broadcaster France 3.