As frontman of the Danish band A Friend In London represented Tim Schou 2011 his country with the song "New Tomorrow".


"I'm traveling all over the world, recording and writing for my own solo project. In the last 1,5 years I've recorded 150 songs. And that's great...... for me.... But sometimes I feel selfish for not sharing any of it, as I know there's people out there who wants to listen to the stuff I work on, which I am grateful for and that's why I put up "Novocaine" on Soundcloud for streaming. It's not a release, it's just me sharing with my FRIENDS." told us Tim about the song.


Cause ever since you walked into the room

Support Tim Schou and his music. Download his latest official single "Goodbye" or a new remix of his 2014 single "Supernova" on iTunes or listen to it on Spotiy: 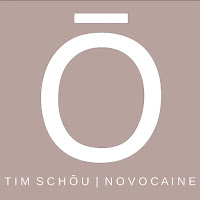