Switzerland: Exclusive! Interview with Sinplus "The human being is born free, and free it has to stay." 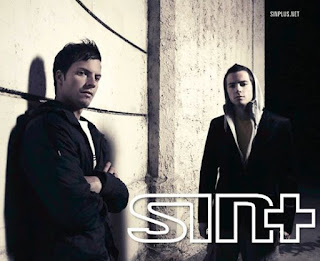 Swiss band Sinplus are Ivan and Gabriel Broggini. They represented Switzerland at the Eurovision Song Contest 2012 in Baku with the song "Unbreakable".

Shortly after the release of the two new singles "Dreamers" and "Kiss The Sky" we spoke to Ivan an Gabriel. Read our interview with them below to find out what they had to say... 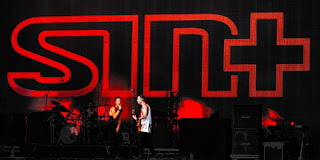 Hey Gabriel, hey Ivan, why did you decide to release two singles contemporaneously?


Sinplus: There isn't a particular reason, it was a spontaneous decision. We produce tons of songs and we figured it was fair to finally release at least a couple of them for all the people who are following us.

When you talk about “auto-production”, what do you actually mean?


Sinplus: Musically speaking, it means to turn an idea into a concrete and finished song; when you press play it has to sound exactly the way you intended it. Sometimes it is a “mission impossible” hehe and if we make mistakes we'd rather do it on our own in order to learn from it. In the past we experienced various studios and producers with different genres. Today we are proud to release material which has been entirely produced by ourselves.

What is Sinplus' specific music style?


Sinplus: We write a wide range of music, depending on the type of inspiration we get in the moment. In the future we will collaborate with different artists who might be more related to a specific song genre, but for us experimenting has always been one of our favorite parts.

When will you release the new Album?


Sinplus: Last month we performed in Berlin and we invited various people from the German music scene. The feedback was great. For now we can just say we are dealing with a German label and this upcoming autumn we are going to release our new album with them; it's our first collaboration with a foreign company.

What is "Dreamers" about?


Sinplus: "Dreamers" is an abstract song with different images and metaphors that recall many concepts. It's about not being able to sleep at night when you have too many thoughts in you mind and about not bowing your head to anyone. Another topic is the fact that we need to trust that love that is guiding us, as well as we need to wake up and fight for what we demand... It is all matched with this very dreaming piano melody; this is also where the title “Dreamers” comes from.

What is "Kiss The Sky" about?


Sinplus: The song has actually started as a joke. We wanted to musically surprise and we had a lot of fun while using innovative arrangements. The message we want to give is pretty clear: if you want something, even if the circumstances are not prosperous, you gotta go get it... But always with respect.

Is it planed to produce a video clip for the new singles, or for one of them?


Sinplus: We're working on a couple of ideas...but we would like to concentrate on one song, so we're waiting for some release feedbacks.

What should we expect from the next Sinplus?


Sinplus: Simply what we've always done: true music, with a cause. Thanks to the experience we have made in the past we can now produce music without any filters. It's becoming more and more clear what we want. The human being is born free, and free it has to stay. In this historic period, where the time to think and to spend with the people we love is few, we wanna try to make people aware about their own qualities and potentialities and maybe also less individualistic.

Last question: recently we have seen you with a new live concept, where you two perform by yourselves using many different instruments. How come?


Sinplus: It's a new way to present ourselves. We will use it where, for some reasons, we won't be able to perform a full live show. We actually very much enjoy playing this set since here we can have many variations, we are able to experiment as much as we want and include different dynamic elements without depending on other musicians.


Support Sinplus and their music. Download their new singles "Dreamers" and "Kiss The Sky" on iTunes or listen to it on Spotify:

Find out more about Sinplus here: