New Album: Listen to "Make A Sail" from Mørland

Mørland represented Norway at the Eurovision Song Contest 2015 in Vienna with Debrah Scarlett and the song "A Monster Like Me". Successful they ended on 8th place in the Grand Final. After Eurovision Mørland released the follow up singles "No Firewall"or "Skin". In the last months he was working on his debut album "Make A Sail", which is out since yesterday and includes 10 songs.

Besides his Eurovision entry Mørland shows also other sides as a songwriter with uplifting and energetic moments. With his unique voice he delivers very personal lyrics carried by beautiful pop melodies.

You shouldn't miss to listen especially those songs:


“There is a running theme through this album. It is in many ways about finding hope in a hopeless place. Many of the songs I wrote after having lost my mother. She had been ill for several years and we became very close. She had a fundamental positive outlook on life and didn’t want us to mourn for her. I think this is also reflected in the uplifting parts of the album. There is an underlying sense of hope running through the music." said Mørland about the album.

Support Mørland and his music. Download his new album "Make A Sail" and his latest single "Skin" on iTunes or listen to it on Spotify: 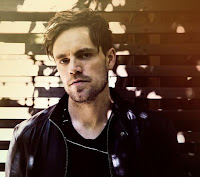