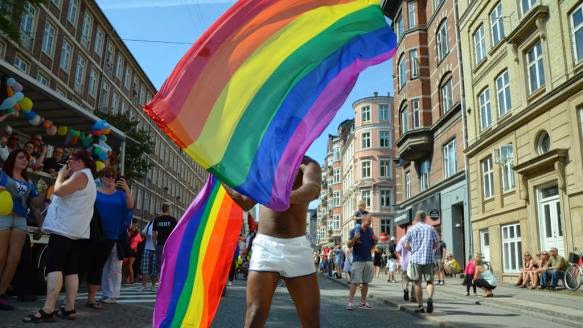 Copenhagen is an open and tolerant city.

With an special pride square Copenhagen will get a LGBT-Profil. During the Eurovision Song Contest 2014 there will be different programms containing rainbow issues including a LGBT street party.

As an unprinted tradition, the Eurovision Song Contest was always also a gathering of LGBT people from all over Europe. The wish of meeting people without any prejudice about from which part of Europe, no matter which gender, race or sexualism both communities have in common - the music community of the ESC and the LGBT community.

The ESC has to be open and support tolerance and diversity of live and love. Copenhagen will make this statement clear with the Pride Square. It will be located on Regnbuepladsen next to City Hall Centre.

In addition Denmark celerbrates the 25th anniversary of the law which legalised same sex registered partnerships in 1989. Denmark with that was one of the first country in the world while other countries still struggeled about legalized homosexuality at all - some countries went backwards during the last years even in Europe.