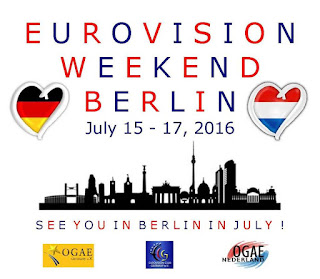 The fifth edition of the Eurovision Weekend takes place between 15th and 17th July 2016 in Berlin. In collaboration with OGAE Nederland the team of Eurovision Weekend will organize a event with former Eurovision contestants from both countries. For this year are already two live acts confirmed and here they are:


More acts are expected to be announced in the next months. Tickets will be also available later. Stay tuned..

Find out more about Eurovision Weekend and the inviting fan clubs: