Axel Hirsoux represented Belgium at the Eurovision Song Contst 2014 with the song "Mother". One year later, after the singles "Belissimo" and the duet with Camille "Because You Need Me", he is back with his brand new single "Haut l'humain". It's the first release in French language and sounds very promising for a full album, which is still in progress.

Support Axel Hirsoux and his new song "Haut l'humain". Download it on iTunes or listen to it on Spotify: 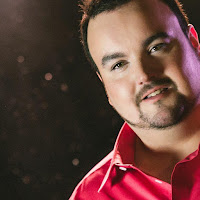